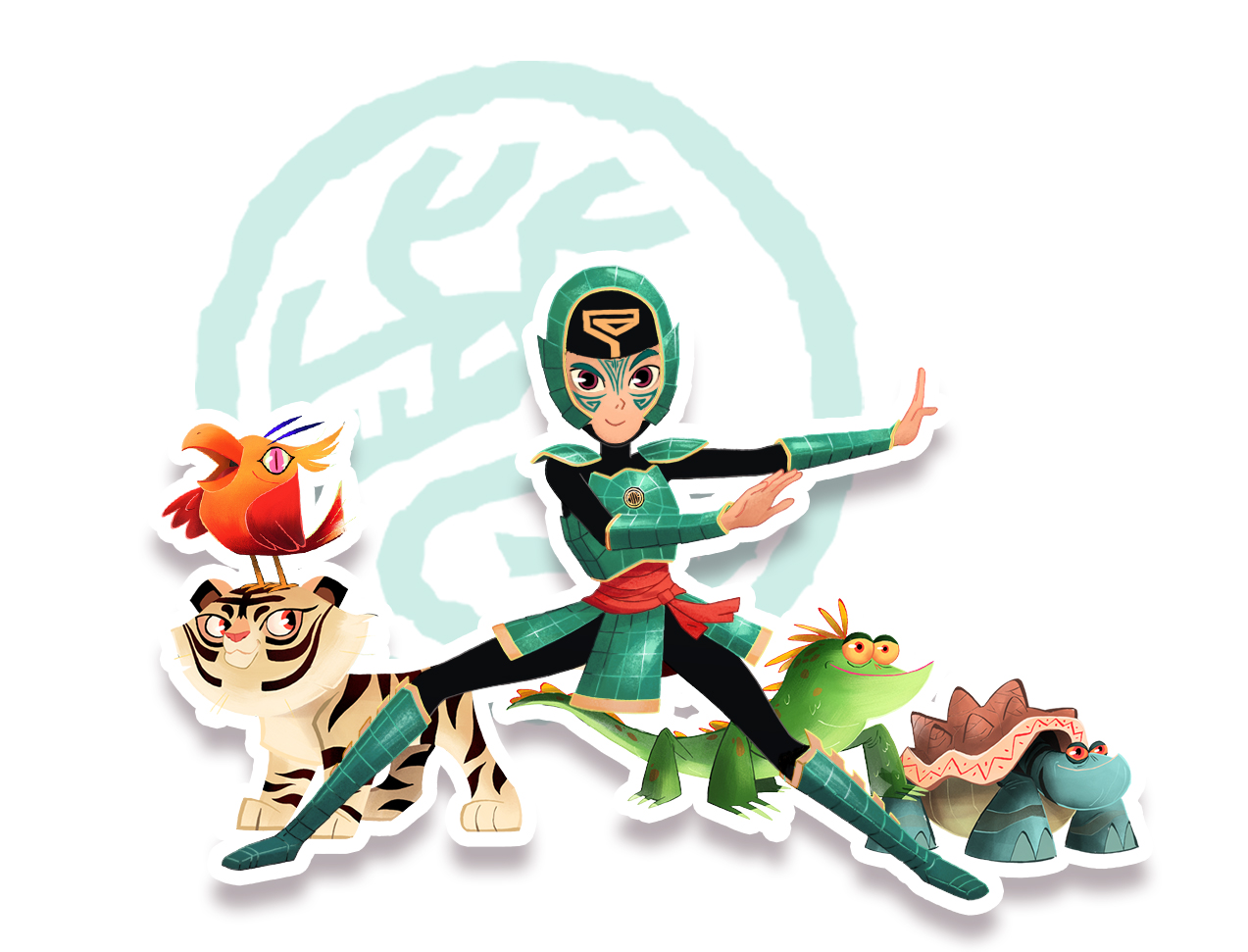 TeamTO has re-cast the male lead in new series Jade Armor with a strong female character, and hired a female-led creative team to lead the project's development.

Parisian animation studio TeamTO has re-cast the male lead in its development project Jade Armor with a strong female character, and the company has tapped veteran TeamTO staffer Chloé Miller, and renowned scriptwriter Rebecca Hobbs, as director and writer of the girl-powered action-comedy series, respectively.

The 52 x 11-minute animated series based on an original concept from Pongo Kuo follows the adventures of a seemingly normal young girl, Cho Yu, who splits her busy life between school and the local animal shelter. Soon after discovering she’s last in a long line of strong, powerful women – and receiving a mystical suit of jade armor – Cho enlists the help of her best friends Yang and Lin and the magical Beasticons to fight an evil threat.

TeamTO’s founding manager and the show’s executive producer Corinne Kouper (Babar and the Adventures of Badou, Oscar’s Oasis, Angelo Rules) was the driving force behind switching Jade from a boy to a modern girl role model – and hiring a female-led creative team.

Since joining TeamTO in 2006, Miller has served as first assistant director of TV series Zoe Kezako, head of graphic development for Babar and the Adventures of Badou, director of Angelo Rules, and artistic director of TeamTO feature film Yellowbird.

Hobbs, for her part, is currently a freelance development executive and scriptwriter, who previously served as VP of worldwide drama at FremantleMedia in the UK and spent four years as director of development for Disney Channels EMEA.

TeamTO will introduce a brand-new TV bible and trailer for Jade Armor at next month’s Kidscreen Summit in Miami, and delivery of the series is expected for 2018.

The project news comes on the heels of TeamTO’s promotion of Patricia de Wilde to director of marketing and new business, as well as significant growth for the company’s kids slate and production capabilities.