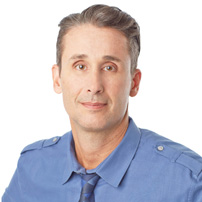 Former Mattel SVP to head up creative at Loot Crate

Voss will drive the company’s long-term creative vision and strategy. He will also manage product curation, branding and development, and several other creative assets used to drive consumer engagement both digitally and physically.

Over his 20-year career in the industry, Voss has worked with leading entertainment companies including Hasbro, Disney-Pixar and Warner Bros. He has also managed several top kids brands like Hot Wheels, G.I. Joe, Batman, Nerf, Cars, Toy Story, WWE and Barbie. He was at the helm of Playground Productions since the launch of the original content division in October 2013.

Loot Crate was founded in 2012 by a team of self-described geeks and gamers who felt online retail and commerce was missing the sense of community, interactivity and mystery found at live events like Comic-Con and The Penny Arcade Expo. The company currently sends boxes filled with geek-friendly gaming and pop culture merch (i.e. collectibles, t-shirts, gadgets) to more than 500,000 subscribers, aka Looters, worldwide each month.

Subscribers can choose between one-, three-, six- and 12-month subscriptions, with prices ranging from US$11.95 per month to US$13.95 per month, plus US$6 in shipping and handling costs.