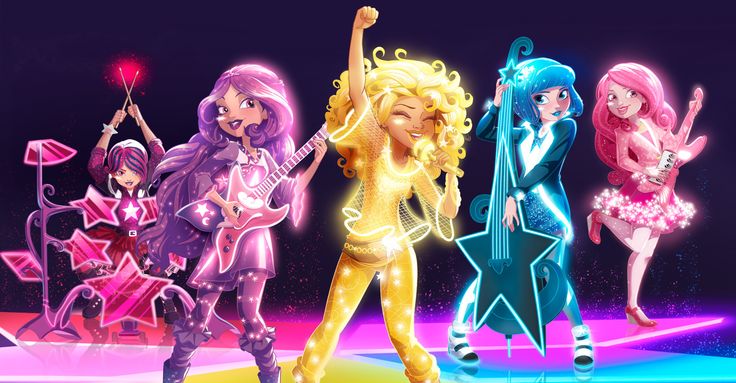 Disney's tween girl property Star Darlings, which launched in September as a multimedia IP, is marking its foray into television with an upcoming Disney Channel half-hour special.

Disney’s tween property Star Darlings, which launched in September as a multimedia IP, is marking its foray into television with a Disney Channel half-hour special.

Debuting January 29 at 8 p.m., Becoming Star Darlings will extend the stories from the Star Darlings book series, which hails from Disney Publishing Worldwide. In similar fashion to the books, the TV special will feature 12 unique girls who encourage tweens to celebrate their individuality. The story begins on Starland, where a major crisis is afoot, and the girls are chosen to be the first student Starlings to venture to Earth, or as they call it, Wishworld.

As part of the property’s expansion to television, teen singer-songwriter and actress Skylar Stecker (Austin & Ally) was brought on-board to remix the Star Darlings theme song, “Wish Now,” which is available for download on iTunes, as well as on the Star Darlings Facebook, YouTube and Instagram channels.

Star Darlings encompasses content, music and products spanning books, online, mobile, toys and apparel. It was first revealed by Disney Consumer Products and Interactive Media (DCPI) at the annual D23 fan expo in August 2015, and it’s among the first new original brands for the combined operations group that was formed last June in an effort to better meet changing consumer preferences in a technology-driven marketplace.

So far, the brand’s digital short-form content has so far garnered millions of views across its YouTube and mobile extensions, and the property’s books, apparel and dolls – the latter of which were created with master toy partner Jakks Pacific – are now available at mass retailers across the US. A full range of products for tweens, including fashion, accessories and beauty, will be available in the fall.