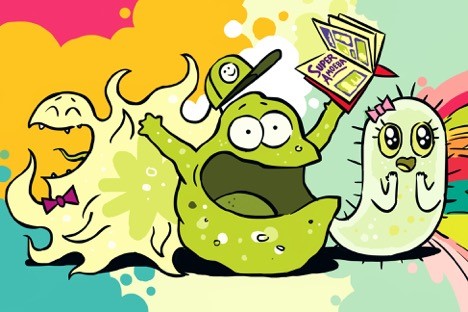 Paris-based indie Cottonwood Media has signed new development partnerships with Shaftesbury and Teletoon Canada for its animated comedy, Squish, which has also been pre-sold to French kidsnet Gulli.

In addition, French kidsnet Gulli has turned its existing development deal for the series into a pre-buy for all digital and broadcast rights in France.

Aimed at kids six to 11, and based on a comedic graphic novel series by bestselling children’s author Jennifer Holm and creator Matthew Holm, Squish follows the life of a young amoeba that is looking to survive in the cutthroat world of single-cell organisms.

To date, six  Squish titles (Random House Children’s Books) have together sold more than one million copies, and new books are set to be published yearly.

The deals come amid Cottonwood’s work on four additional projects in its slate, including The Ollie & Moon Show which recently sold to Sprout and Netflix.