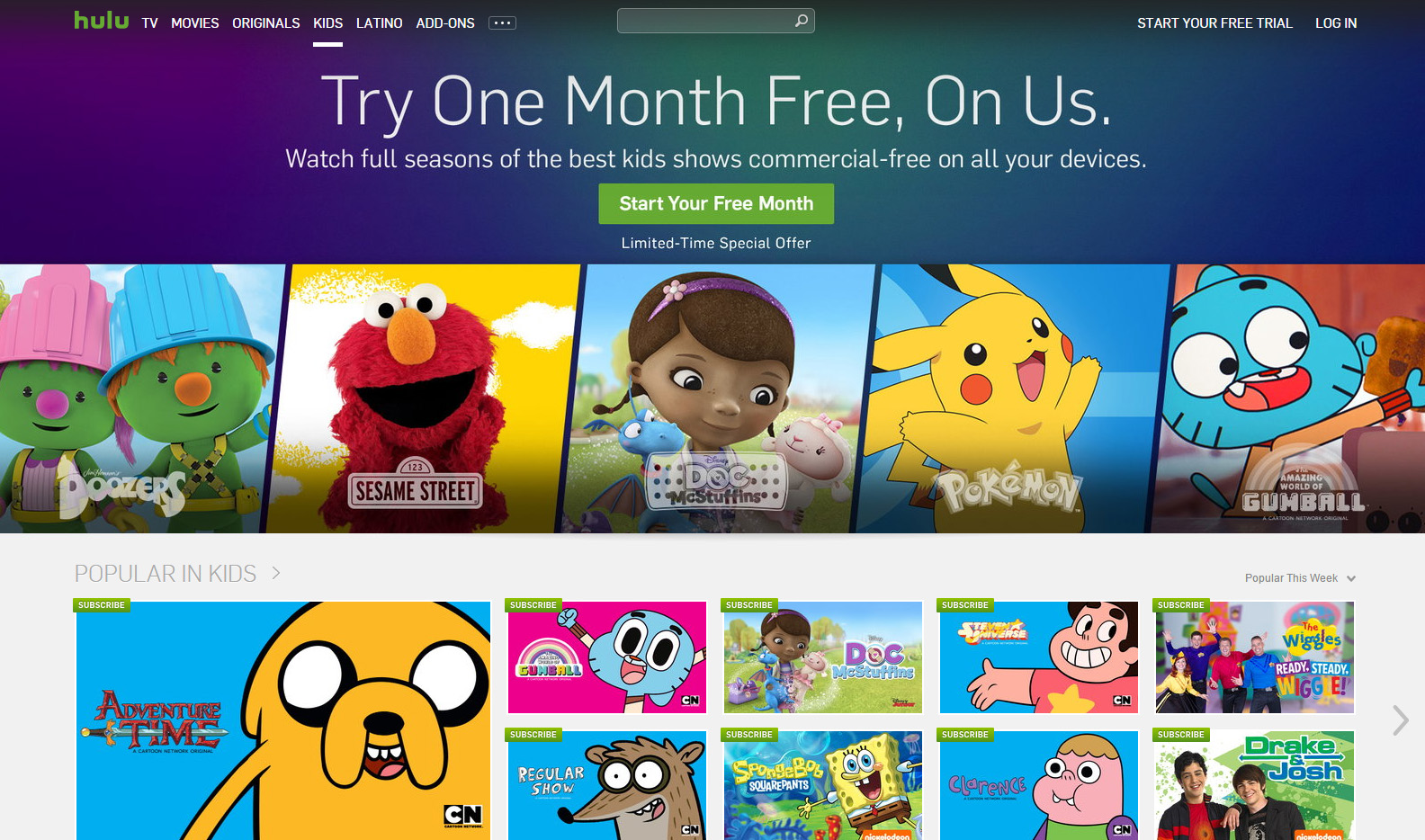 Hulu amps up its kids biz

Armed with a new ad-free option, a crop of new premium kids acquisitions and expanded distribution, the SVOD service is taking aim at its US competitors.

After a long period of speculation, Hulu finally pulled the trigger September 1 to give viewers an ad-free option, offering a US$11.99 monthly commercial-free subscription. (An ad-supported US$7.99 per month sub is also available.) The new subscription model, combined with Hulu’s thriving acquisitions business for premium kids content, could give the online streaming service the shot in the arm it needs to boost its US subscriber base of nine million, and stay competitive with rivals like Netflix and Amazon.

According to Hulu CEO Mike Hopkins, the timing was right to give customers what they want. “Many of our customers have asked us for a commercial-free option, so we are excited to offer just that,” he says. “Providing more choice for consumers is fundamental to the Hulu experience. In addition to an array of choices in content and devices, our customers can now choose to watch with or without commercials.”

In anticipation of attracting new subscribers, Hulu has been intensifying its acquisitions activity on the kids side of its business from within the US, as well as outside for its ad-free kids section. (The service won’t reveal how much it spends on kids content, but according to RBC Capital Markets estimates, Hulu could spend up to US$1.5 billion on overall acquisitions this year.)

Hulu Kids’ senior content acquisition manager Andrew Thomas says the company is bringing in the highest-profile brands it can to make an investment in Hulu’s future as a subscription service. “We believe the adage that content is king, and we want to get the best content we can as quickly as possible,” he says. “Our deals over the past nine months or so have been closely aligned with our network partners. Having a network label attached to the content is very meaningful for us and is a big part of our growth in the near term. Most of the acquisitions have been animation-focused as it’s a signature genre for us.” 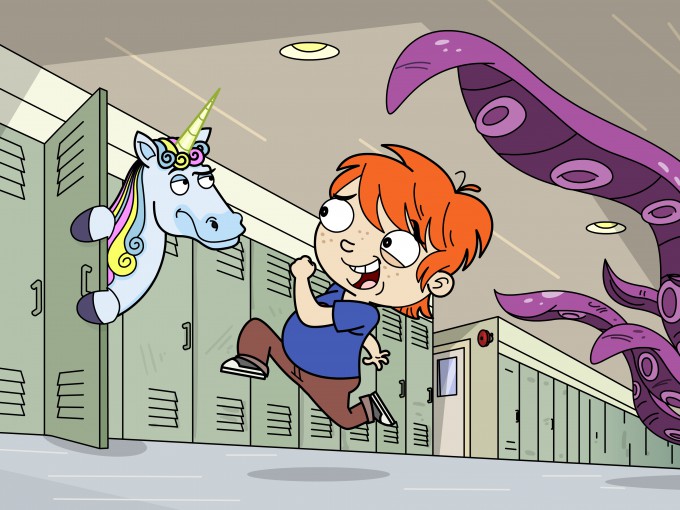 Dr. Dimensionpants from DHX Media has been a quality pick-up for Hulu

The pick-ups marked the first time Disney Junior content was made available on Hulu and they were quickly followed by deals with Cartoon Network for the exclusive streaming rights to past and current seasons of series including The Amazing World of Gumball, Steven Universe, Over the Garden Wall, Clarence, Ben 10, Adventure Time and Regular Show, plus upcoming series.

Additional exclusive rights were recently acquired from Endemol Shine International for the first two seasons of Mr. Bean: The Animated Series, and ABC Australia for all 104 eps of The Wiggles’ preschool series Ready, Steady, Wiggle. It made its US debut on the service earlier this year.

“We’ve also acquired some great content from independent producers like Canada’s DHX Media (Dr. Dimensionpants), so we’ve been covering all our bases and taking leaps on shows that are relatively unknown in the US,” says Thomas.
As Hulu doesn’t divulge ratings information, the first page of its algorithm-driven “most popular” kids shows (at press time) included Adventure Time, Doc McStuffins, SpongeBob, Ready, Steady, Wiggle and four other Cartoon Network shows.

“It’s representational of our audience’s expectations,” notes Thomas. “It reflects that mom and dad, who like watching Bob’s Burgers and Family Guy, wouldn’t mind watching Regular Show or Adventure Time with their kids in the afternoon.”

In a bid to attract more co-viewing, Hulu made headlines in August when it struck a multi-year deal with premium cable network Epix to bring blockbuster films like The Hunger Games and Transformers: Age of Extinction to its service. (Epix previously had an agreement with Netflix.)

And in following the growth of tween engagement online, it also recently launched a teen genre section. “We know that the audience is there and we aim to bring compelling new content to them,” Thomas says.

As it presses forward, he says Hulu will continue focusing on what it does well—securing current seasons of kids television series from big networks, deepening its well of previous seasons, offering unique marketing solutions and leveraging a dual revenue stream.

“The fact that we can bring TV favorites earlier, while they are very fresh and exciting to the audience is our strongest suit,” contends Thomas. “And if there are ways to co-promote and be involved in the 360-degree wheel of kids brands, both in the consumer products space and the online and social branding space, we love to have those conversations with partners, too.”

For original programming, Thomas says Hulu will keep investing in its adult primetime slate, but is scoping out opportunities to expand into making original programming for kids. “We’re always looking for ways to partner with premium studios and content makers,” he says.

Last year, Hulu launched its first original kids series, Doozers, from The Jim Henson Company. But a renewal is yet to be announced, and Hulu won’t reveal if it has any new funding earmarked for kids development.

According to Hopkins, Hulu’s US$750-million cash infusion from owners Disney, 20th Century Fox and Comcast has been used for acquisitions, marketing and staffing.

For now, Hulu’s overall business is on the rise. The company revealed at its 2015 upfront that total streams increased by 77% in the first three months of the year, and that its subs have grown by 50% in the last year. Marketing investment, meanwhile, has grown by more than 150% since 2013, when the company reported revenues of US$1 billion.

Hulu also increased its distribution footprint this year through a deal with Cablevision (its first with a cable or satellite provider) that will see the cable company make Hulu accessible on its set-top box.

“Our expansion will trickle down to our kids business in the next year,” says Thomas. “We know that we have some work to do, but we believe we’re well on our way.”