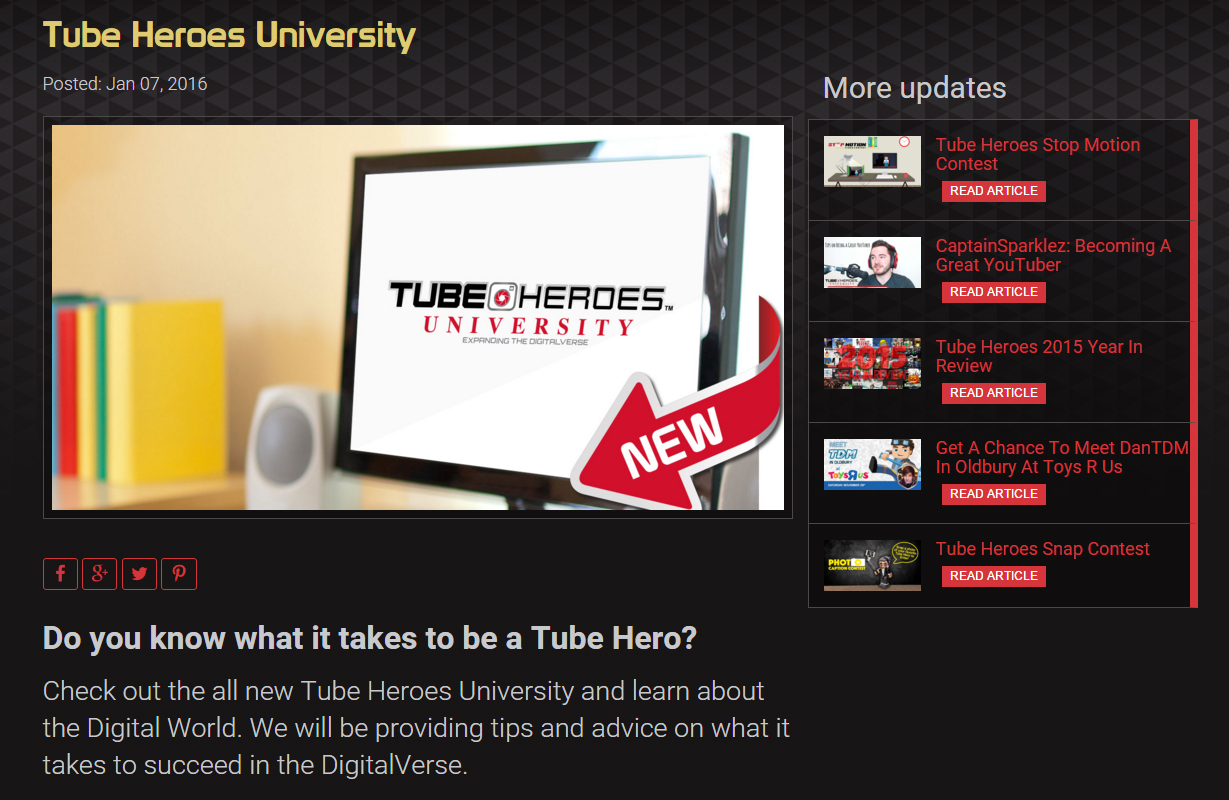 Tapping into the power of digital influencers, Florida-based toyco Jazwares has launched an educational program created by the real-life YouTube stars of its popular Tube Heroes toy line.

Tapping into the power of digital influencers, Florida-based toyco Jazwares has launched an educational program created by the real-life YouTube stars of its popular Tube Heroes toy line.

Featuring such Tube Heroes as Captain Sparklez, Sky, JeromeASF, AshleyMarie, Exploding TNT, AntVenom and CavemanFilms, Tube Heroes University aims to teach kids about the digital world through tips and advice on audience engagement and discoverability, as well as information on how to create fun videos and vlogs.

The initiative’s curriculum launched on January 7, and will be supported by a DIY app that gives kids the ability to turn their own still figures into animated clips with help from CaptainSparklez and Jerry the Slime.

A create-your-own-avatar app is also expected to launch along with the addition of more YouTube stars to the program.

YouTube stars featured in the Tube Heroes toy line, which launched last June, have combined for more than 18 billion views and 83 million subscribers.