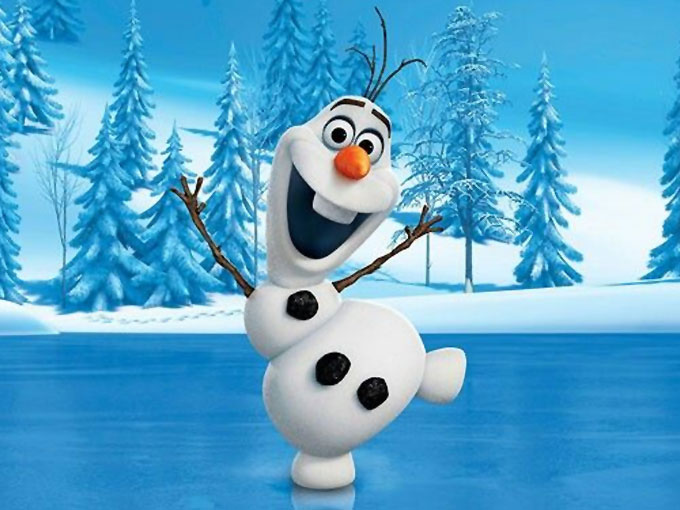 The highest-grossing animated feature film in history will make its debut on Disney Channel on February 14.

Frozen, the highest-grossing animated feature film in history, will make its debut on Disney Channel on February 14.

The movie will bow on the channel at 7:00 p.m. ET. And kids still looking for more of fan-favorite Olaf’s antics will find the character in a special appearance on Sofia the First on February 15, both on Disney Channel and on Disney Junior. The special episode will be available on WATCHDisneyJunior.com and the WATCH Disney Junior app ahead of time, beginning February 8.

Actor Josh Gad voices Olaf in the story titled “The Secret Library: Olaf and the Tale of Miss Nettle,” which is the second episode of a four-part story arc. Actress Megan Mullally returns as the voice of Miss Nettle, while Eric Stonestreet and Hugh Bonneville have recurring parts as Sofia’s flying horse Minimus and the Narrator, respectively.

In advance, Disney Publishing Worldwide is releasing an illustrated storybook and eBook based on the special ep on February 2.

In all respects, Frozen launched a worldwide phenomenon in 2013, when it went on to gross more than US$1.27 billion at the global box office. With more than three million role-play dresses being sold in North America alone to date, the franchise continues to have a postive impact on Disney Consumer Products’ bottom line, as well as the global licensed toy industry as a whole.