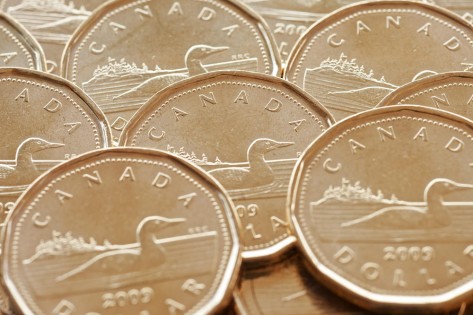 Along with its dominance of the kids TV market, the CDN$2.65-billion acquisition will give Corus a firm command of the Canadian specialty scene with seven of the top 10 channels in the category, but what does further consolidation mean for Canadian producers?

Canadian kids TV powerhouse Corus Entertainment has announced a deal to acquire all Shaw Media assets from another Canadian giant, Shaw Communications, in a deal worth CDN$2.65 billion (US$1.86 billion).

Following closure of the deal, Shaw Communications will  hold 39% of Corus’s shares. Also pending the deal’s approval is the move of Shaw Media president and broadcasting EVP Barbara Williams to Corus on the senior leadership team. The rest of the executive team for the combined company will be announced once the deal is finalized.

Additionally, while there is no word yet on layoffs, the deal is likely to affect staff at both companies. In its statement on the deal, Corus promised CDN$40 million to CDN$50 million (US$28 million to US$35 million) in savings would be achieved, but it did not specify from where those savings would come. In terms of channel overlap, Corus’s kids channels are in a good position, as the Shaw portfolio does not contain any kid- or family-centric channels. With women and lifestyle categories, however, there is significant crossover, which should boost ad sales but may lead to channel-side redundancies.

The acquisition is subject to approval from Canadian regulator CRTC (which approved Corus’s takeover of Teletoon Canada in December 2013) as well as Corus shareholders, and the deal is currently expected to close at the end of the third quarter of fiscal 2016.

So, what are the implications  for the Canadian broadcasting landscape under a Shaw-Corus merger? While the deal creates a stronger future for both companies, Canadian producers face an even more consolidated domestic content marketplace.

For Canadian content producers, the news is mixed. While the combined force of Corus and Shaw Media creates a stronger company better poised to face the upcoming implementation of pick-and-pay and other Let’s Talk TV decisions, the underlying truth is that the deal means further consolidation in an already-consolidated industry.

Consultant Michael Hennessey, a former senior Telus executive and past president and CEO of the Canadian Media Producers Association, calls the deal good for Corus as a company, but he says the implications for Canadian content are negative.

“Corus has always been hawkish on getting rid of Terms of Trade, and now there’s even fewer people to do a business deal with. There’s less incentive to commission more original content because Corus is going to be saddled with significant debt. They’ve got to pay all that stuff down,” he says.

In its investor call on its Q1 earnings, Corus president and CEO Doug Murphy said the deal allows the company to address its long-time challenge of addressing issues of scale in comparison to larger media cos, which in turn increases its appeal to advertisers.

His comments were echoed by Canadian media consultant Lauren Richards, who believes that the merged companies create a more attractive opportunity for advertisers.

“There has always been a level of cohesiveness both at Corus and Shaw,” she says, adding that the combined portfolio of assets creates significant efficiencies on the buying side. “Because agencies couldn’t integrate the assets into one cohesive go-to-market strategy, they will now be able to use more creative media executions.”

“It’s less about the cost and size of deals, and more about better engagement and more interesting ways to reach the market,” she notes.

The deal would mean Corus Entertainment would have seven of the top 10 specialty channels in the country, along with the top six specialty channels for women and six of the top 10 kids channels. The new opportunity for Corus is conventional television, a sector of broadcasting under particular strain right now as ad dollars migrate across platforms and viewers contemplate cord-cutting.

An analyst on the call noted he was surprised to hear Corus express optimism about conventional television, given the struggles the business faces. Murphy countered by saying local television and conventional continues to “offer the broad reach that advertisers desire.”

Corus’s fiscal 2016 first quarter results, also announced today, help to highlight the company’s position within the TV landscape as it heads into the Shaw deal. The financial report reveals that within the company’s TV segment, subscriber revenues increased by 2% in Q1, while merchandising, distribution and other revenues increased by 33%, largely thanks to the launch of Disney Channel Canada and the optimization of its kids portfolio across multiple platforms. Also within its TV unit, specialty advertising revenues decreased by 6% during the period.