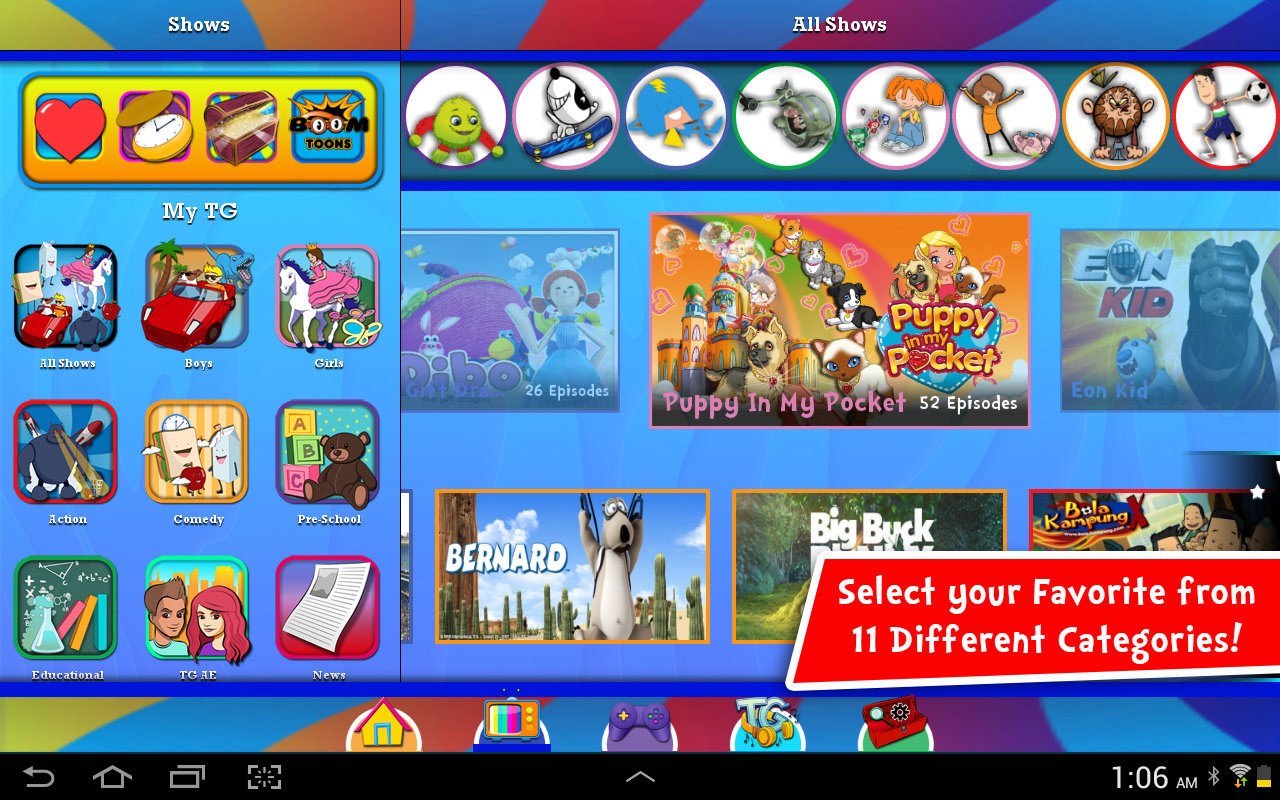 California-based on-demand platform Toon Goggles has announced plans to launch an app on Philips Smart and Android TVs worldwide that will feature its curated kids content.

California-based on-demand platform Toon Goggles has announced plans to launch an app on Philips Smart and Android TVs worldwide that will feature its curated kids content.

Toon Goggles, which recently named entertainment marketing exec Lee Adams as chief creative officer, features a range of educational, animated and live-action kids shows from around the world, including comedies Bernard, Monk and Canimals. The COPPA-compliant on-demand service targets kids of all ages and boasts the largest portfolio of pre-screened short-form kids content. Toon Goggles’ premium  service (US$4.99 per month) includes unlimited access to all content across all Toon Googles-supported devices.

In other Toon Goggles news, its first original production, Eddie is a Yeti, a co-pro with Mondo TV Suisse, is gearing up for launch this spring. The 26 x three-minute CGI-animated series for kids ages six to 12 will follow an adventurous yeti named Eddie, who disguises his true identity because the world isn’t quite ready for yetis yet.