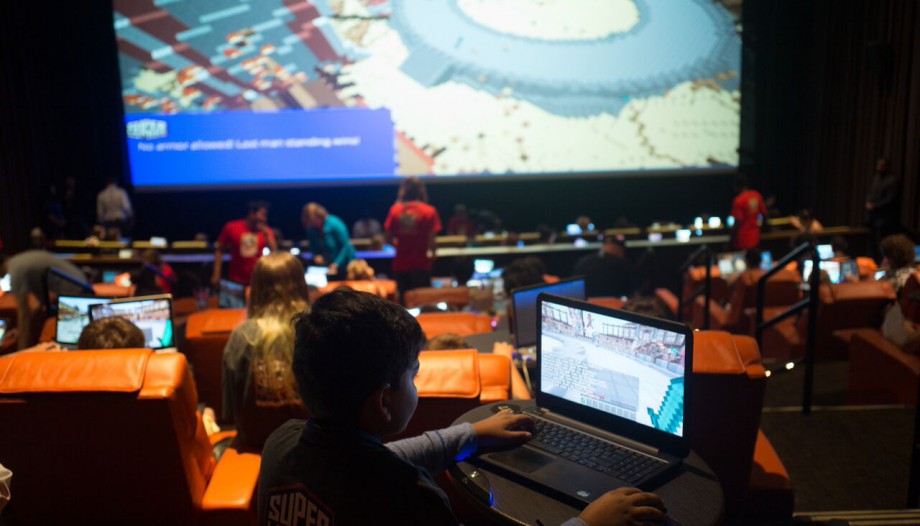 After crowning its first winner, Minecraft championship readies for more

A 10-year-old boy has won the first Minecraft National Championship, besting more than a thousand players across the US through Super League Gaming's in-theater competition, which is preparing to launch a second round this winter.

The L.A. tween has won the first-ever Minecraft National Championship, besting more than a thousand players across the US through Super League Gaming‘s inaugural in-theater competition.

Wiltshire (also known to his Minecraft-playing peers as SuperKraft11) topped the Super League Leaderboard by earning points in custom game modes that tested players’ creativity, critical thinking and teamwork over a six-week season played in 40 US cities.

The first competition of its kind, Super League’s Minecraft National Championship attracted players of the open-ended sandbox game to compete in different Regal, AMC, Cinemark and iPic movie theaters. The after-school competition is embarking on a new four-week next session starting February 2, doubling to more than 80 cities across the country.

The expansion falls in line with Super League’s plans to reach theater chains globally, following the interactive gaming league’s launch this past summer in California with theater-mode events.

By bringing Minecraft into its fold, Super League has tapped into a cohort of young, highly dedicated gamers. To date, more than 21.7 million people have bought the PC/Mac version of the interactive game from Swedish developer Mojang. According to a 2015 CHILDWISE Monitor Report, which surveyed kids in the UK ages five to 16, Minecraft topped the list as the number-one game for boys and girls of all ages (on-par with YouTube, which was ranked as the top website). And the offline brand potential for Minecraft continues to prove viable: Scholastic, for one, recently reported that its trade group book sales rose by 22% (or US$8.5 million) thanks to strong performances in part from the updated Minecraft handbook series,