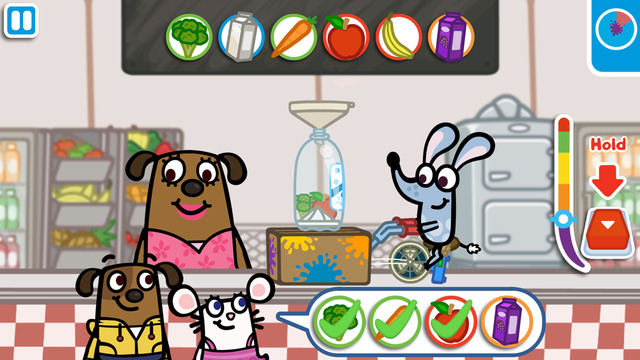 The  paid game (US$3.50) challenges preschoolers to choose ingredients and blend smoothies for Boj’s friends using hundreds of healthy recipe combinations. The app is designed to help users learn about fruits and vegetables, while testing their memory and coordination skills in the process.

Boj Smoothies follows in the footsteps of Boj Digs, as well as previous online games Can’t Catch Boj and Twitchlet Frenzy, which are all supported by the official website boj.tv.

Animated series Boj follows the problem-solving adventures of a creative and discovery-loving Australian bilby that is not unlike a five-year-old boy, and made its network debut in 2014 on CBeebies.