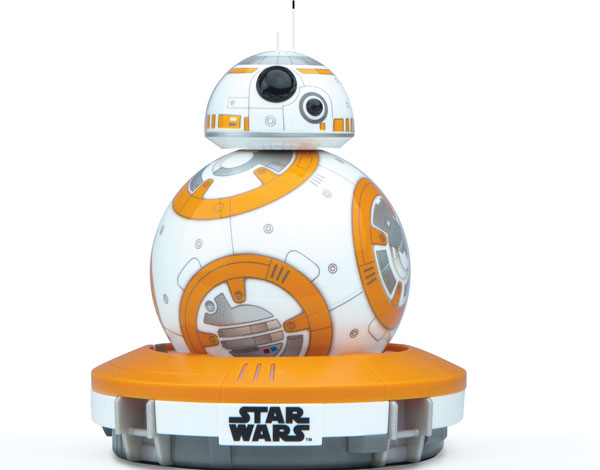 What will Star Wars' net effect be on entertainment licensing over the next two years? Licensing expert Ira Mayer explains how the Disney mega brand spells good and bad news for the industry this year and beyond.

While I (and everyone else on the planet) have written plenty about Star Wars in recent months, that is unquestionably the story of the moment. So let’s start this prognostication with a look at the impact Star Wars is having on entertainment licensing and where the market is headed.

Looking at 2015, Star Wars has been the best news in entertainment licensing and, assuming the movie performs as expected, will likely be the entertainment segment’s blockbuster for 2016 as well.

But Star Wars has also been the worst news in licensing for 2015, sucking the juice out of every other pop culture property this year, likely keeping even hot newcomers such as Nickelodeon’s Paw Patrol from realizing their full potential, and holding back other retro properties that have had difficulty gaining placement at retail, such as Iconix’s Peanuts. Minions has held strong. But superheroes? Maybe their powers aren’t infinite, at least in the licensing universe (and maybe those powers were diminishing even before the Star Wars onslaught).

From Hudson newsstands at airports to Nordstrom’s children’s department to Walgreens, Star Wars is ubiquitous and has been since back-to-school.

I wasn’t monitoring the licensing business in 1977, but this is the movie credited with initiating the modern licensing business. Given the institutionalization of licensing today, and the Disney machine behind Star Wars now, we’re no doubt looking at a licensing blockbuster of a whole different order of magnitude.

Today, for manufacturers and retailers waiting to release merchandise with the new movie’s art — remember, so far, with a few notable exceptions such as the BB-8 Droid, it’s been all classic images — it’s a matter of waiting for the force to awaken and do its part.

What will the net effect be on entertainment licensing for 2015-2017? Star Wars does not appear to be carrying the rest of the business up with it. Rather, it is displacing just about everything else. Still, in the aggregate it is more than compensating for others’ lost growth or stagnation, which is why entertainment licensing overall will show substantial growth for 2015 and probably 2016.

Licensing today is generally a matter of who are you going to knock off the shelf in order to get on. Star Wars is different, though: In addition to usurping others’ shelf space, Stars Wars found new distribution (such as at Nordstrom and Hudson) that hadn’t been given over to entertainment toys, apparel and collectibles to this degree before. That is enlarging the segment as a whole.

If the movie does indeed perform as expected, Star Wars will also be the worst news in licensing for everyone else in 2016 and, for Disney, an even worse story for 2017. Why?

Once Star Wars merchandising runs its course — and it will run its course — Disney will have to replace the Star Wars licensing juggernaut with something else. Even though there’s another movie scheduled for 2017, the second release in a series never generates the same in merchandise sales (and rarely at the box office) as the first. If superheroes are still in style — and that’s a big “if” — Disney will have Marvel to fall back on. Or perhaps they’ll have another Frozen. But it’s hard to bet on those scenarios.

The good news is that once Star Wars does run its course, that should re-open the shelves to other entertainment properties, and there’s no dearth of those waiting in the wings.

Ira’s Fearless Forecast: Retail sales of licensed merchandise based on entertainment properties in the US and Canada will be up 7%-9% for 2015.

Republished with permission from Ira Mayer, the former publisher and executive editor of The Licensing Letter who conducts competitive research and consults for companies in the licensing business. Visit www.iramayer.com for additional blog posts, resources for licensing professionals and more.