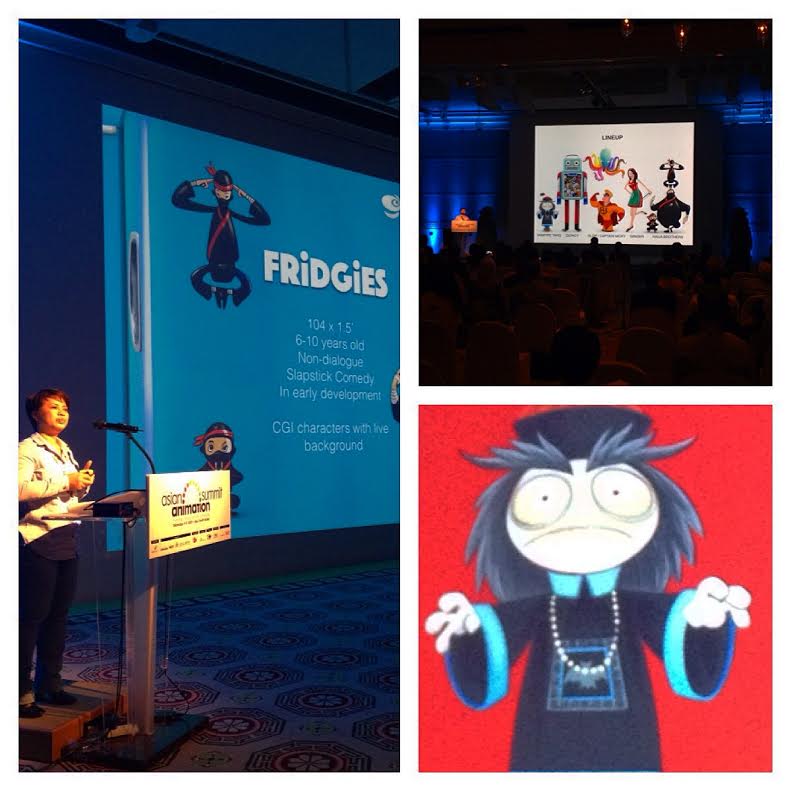 Kidscreen Features Editor Jeremy Dickson gets the lowdown on the projects generating the most buzz with broadcasters and investors at the fourth-annual Asian Animation Summit, which wrapped up today in Jeju Island, Korea.

A brand-new crop of best-in-class animation projects from the Asia Pacific region dropped into The Shilla Jeju hotel on South Korea’s pristine Jeju Island for the fourth-annual Asian Animation Summit this week. And broadcasters, co-producers, distributors and international investors in attendance all had their eyes on potential partnerships.

Pleasing preschoolers
From FunnyFlux Entertaniment (Super Wings, Tickety Toc) and co-pro partner Giggle Garage, Katuri is a 52 x seven-minute, nature-inspired CGI series that follows the explorative, summertime adventures of a pheasant family. The series, based on a book and a subsequent short film, has already secured support from Korean broadcaster EBS and an English writer from Bob the Builder.

Andrew Beecham, former SVP of programming at 24-hour US preschool net Sprout, says the show looks beautiful, but he was slightly disappointed with how the stunning designs from the original book were translated into glossy CGI characters. “Some of the heart and soul of the characters were lost in that, but it’s certainly a very sweet show. And as it is a show about nature, seasonality should be reflected. It would make the show more expensive, but it’s something that can’t be ignored,” Beecham says.

Sarah Muller, creative director of scripted, animation and co-productions at CBBC, is also a fan of the project, despite it not being the right demo for her channel.

“We don’t do preschool, but if we did, I would be interested in Katuri,” she says.

Mike De Camp, senior creative coordinator at Florida-based toyco Jazwares and a first-time AAS attendee, couldn’t help but notice the presence of Giggle Garage, which also pitched its new non-dialog concept Fridgies at the event. “Giggle Garage was impressive. It seemed like they were attached in some way to a lot of presentations that turned heads,” he notes.

Fresh concepts
Giggle Garage’s latest idea, Fridgies, is a 100 x one-minute, non-dialog mixed-media series budgeted at US$1.2 million that explores what would happen if the magnets on your fridge came to life.

Despite not having any video clips to show, the presentation drew positive chatter and constructive criticism from the likes of Beecham, DHX TV director of original productions, Sarah Haasz, and Soonjoo Lee, program commissioner for Korean broadcaster EBS.

“Fridgies could really benefit from the blend of CGI and live-action, but they need to keep the characters out of the fridge,” notes Beecham.

Haasz agrees that the series should make better use of its kitchen environment. She also says that some of the magnet characters need to be more recognizable. “They need to be relatable; some could be travel magnets,” she says.

Beecham agrees. “The way that families use fridges is very important in terms of putting up mementos and kids’ artwork. And when I travel, I often buy fridge magnets so they are on to something. But I don’t see these as minute-long interstitials,” he adds.

Funny or not?
Another pitch that created perhaps the most conversation at the summit so far was action/comedy teen series Bloody Bunny from Thailand’s 2Spot.

Already a popular licensing IP in the region, 2Spot presented clips from Bloody Bunny‘s original webisode which showcased a dark, futuristic world where the last remaining humans are turned into doll slaves by an evil doll army, including the show’s strong female lead, who after being transformed into a bunny doll, embarks on a journey to find her lost sister.

“I absolutely loved Bloody Bunny. I have no idea what is going to happen to her, but she has a unique style,” says Muller.

For Beecham, Bloody Bunny was the most exciting from a design perspective. “It was dark, which was great, and had a strong female lead, which was lovely to see. The challenge is who will be brave enough to take it as it is. If its action and adventure was tempered with some strong comedy relief, that would definitely help it,” he says.

De Camp, however, contends that Bloody Bunny should not be funny. “I met with [2Spot] and said the feedback about the show needing to be lighter is valuable, but don’t change it,” he says. “I told them they are doing something that’s so different they shouldn’t go backwards with the vision.”

De Camp adds that Jazwares is attending AAS because it’s pursuing new IP very aggressively and is looking to partner with studios on production efforts for short- and long-form digital content.

“Our core competency has been in boys action-adventure and action figures, but we’re growing the most in preschool and girls. There’s been a lot of that here and some brands are taking a more meta approach to those categories,” he says. “The fact that Bloody Bunny, for instance, is a very empowered, invincible girl is exciting. We’re definitely interested in bringing it to the West.”

One particular project that didn’t create a debate over comedy was Naughty Nuts from Korea’s Mostapes.

Featuring an assorted group of nut detectives at the Almondo precinct, the series’ US$1.6 million budget is currently 78% secured. And in a rare partnering move, both CJ E&M and EBS are on board.

“It looked fun, and interesting with some potentially great characters, but I want to know a bit more. We are script-driven so I would need to see scripts,” says Muller.

Don’t rush to animate
For Lee, Muller, Haasz and Beecham, many producers in the Asia-Pacific region still need to focus more on character and story development first before art.

“Style is very important, but we’re not seeing enough narrative. It would be nice if there were great narratives. So, we hope all of the new projects from this region will be developed to have global appeal,” says Lee.

According to Muller, everyone can benefit from spending time thinking about their characters, their flaws, and what will drive the stories and the comedy. “Be brave. Very often we will spend a year before a pen goes near a piece of paper. For hits like SpongeBob and Fairly OddParents, it was a about year before anyone drew anything,” she says.

Beecham says he’s been imploring producers to spend more money on character designs and stories before getting to the animation.

“There seems to be a rush to get into the animation, and I encourage people to spend more time thinking about who their characters are and what the storylines are,” he says.

**Other notable projects from AAS 2015 include J For Adventure from August Media (Singapore) and Transmedia For Change (Australia), Modoo Modoo Show from PNI System (South Korea) and Spongo & Fuzz from Cheeky Little (Australia).