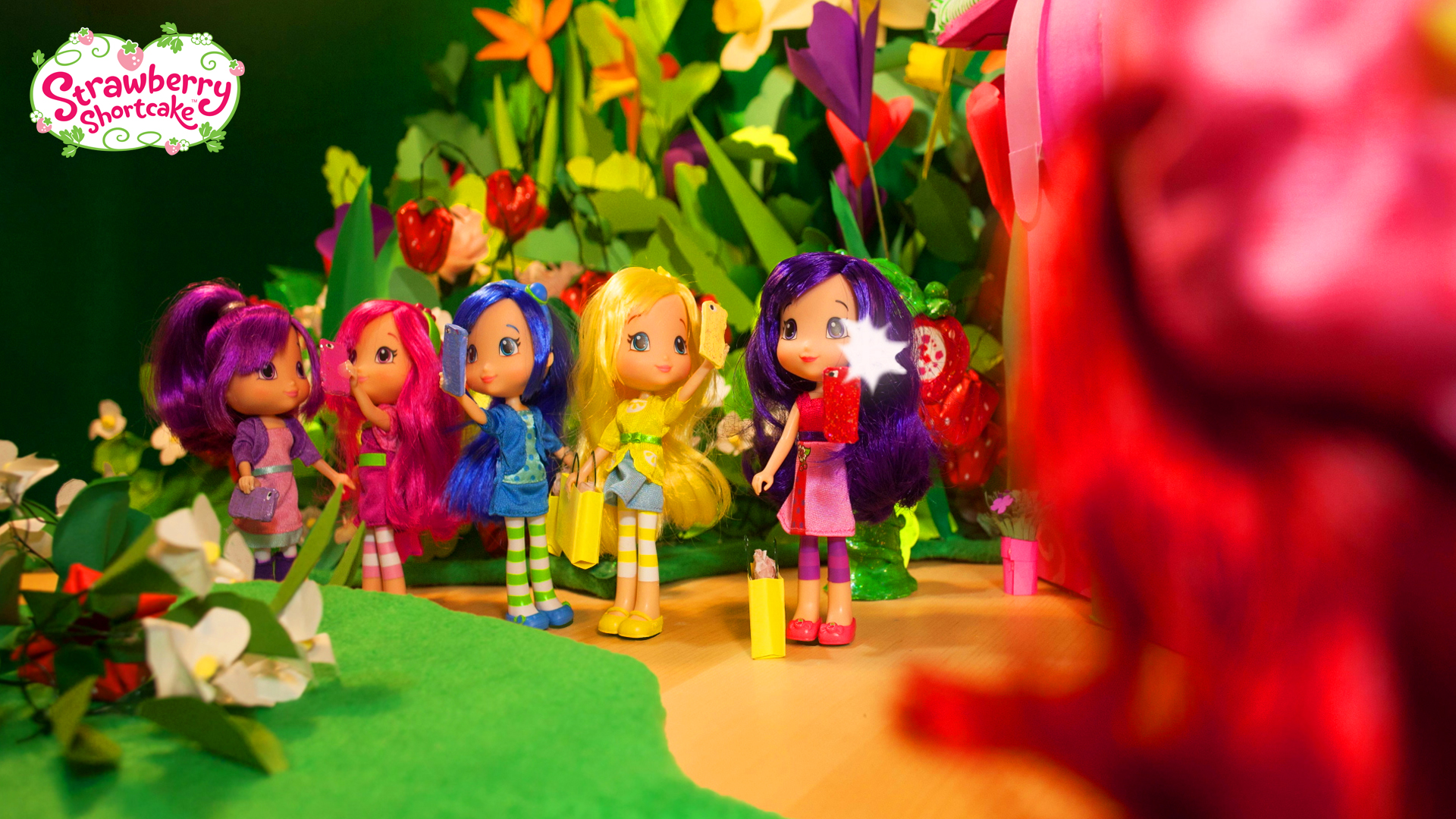 "We felt YouTube was really critical for us...so we decided to create our own micro-series," says Iconix's Leigh Anne Brodsky of the brand-new stop-motion series Strawberry Shortcake: Beyond the Box.

In Strawberry Shortcake: Beyond the Box, the one- to two-minute clips offer a humorous take on lifestyle and pop culture trends, like taking selfies (pictured) and being a hipster, underwritten by a uniquely Strawberry Shortcake message about the importance of being yourself and living in the moment.

Iconix MD Leigh Anne Brodsky, whose company bought the Strawberry Shortcake brand from American Greetings Properties for US$105 million in February, says the shorts serve to complement to the brand’s existing 3D-CGI animated series, Strawberry Shortcake’s Berry Bitty Adventures. (It is currently available on Discovery Family Channel and  Netflix in the US.) But what makes the new YouTube series unique is its incorporation of stop-motion animation, which also highlights the brand’s actual toy dolls themselves.

“Since we bought the brand and saw how beautiful the dolls were, we wanted to use them in stop motion. It really puts the toys front and center and also translates really well, we believe, internationally, which is important since we’re going to be translating and dubbing this micro-series into Portuguese, Spanish, French and some other languages,” says Brodsky.

So far, two four-episode seasons have been produced by California-based crowdsourcing platform Tongal. Following tomorrow’s premiere, a new episode will be regularly made available each week at noon on Wednesdays. “We’re kind of using old media techniques in terms of identifying this as a series and having a regular time at least at launch,” she admits.

In order to drive traffic to the videos, Iconix will be using its existing Strawberry Shortcake social media channels. (Iconix has grown Strawberry’s Instagram fan base by 1000% and has doubled its Facebook reach to more than 2.5 million followers since February.)

“We wanted to play off the fact we have strong social, mobile and digital presence with this brand,” says Brodsky. “So we decided that we wanted to go where kids are going to find their daily dose of their favorite brands, and we felt YouTube was really critical for us. There was already lots of Strawberry content on YouTube, but it was mainly user-generated, so we decided to create our own micro-series.”

Brodsky adds that new shorts for more seasons are currently in production and features like fan sweepstakes, special endings and more will be incorporated into the webisodes. She also expects moms to get a kick out of the new series.

“We’ve created a vintage and new Strawberry, so the stories kind of collide, and we think that’s also humorous and interesting for moms who grew up on the vintage Strawberry,” she says.

As to what’s next for the brand overall, Brodsky says in addition to more Strawberry Shortcake: Beyond the Box shorts, expect to see more of Strawberry Shortcake in the app space and within traditional programming. Some big announcements are also in store in terms of publishing, she adds.