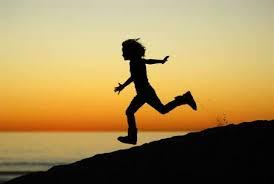 A call for action, and lots of it

The ranks of couch potatoes have swelled beyond the most bloated predictions. As blogger Wendy Smolen asks, isn't it time we better incorporate the benefits of play into children's lifestyles?

Before high-intensity interval training become the trend du jour, before Apple made watches and Soul Cycle became mainstream, and even before Jane Fonda did her workouts, there was plain old running around and getting sweaty.

It’s been 60 years since Eisenhower created the President’s Council on Youth Fitness, drawing attention to the benefits of an active lifestyle. President Obama’s revamped President’s Council on Fitness, Sports & Nutrition, Michelle Obama’s Let’s Move! campaign, and myriad other organizations continue the tradition of making fitness a national priority today. But in the ensuing years, technology has created new kinds of playing fields.

The recent findings from Common Sense Media‘s study entitled the Common Sense Census: Media Use by Tweens and Tweens reveals that today’s teens use an average of nine hours of entertainment media per day, and tweens use an average of six hours, not including time spent using media for school or homework. The ranks of couch potatoes (a word not even heard in past generations) have swelled beyond the most bloated predictions. Although the benefits of an active lifestyle and the psychological and physical rewards of outdoor play have remained constant, recess time is being cut from school programs, outdoor play is often left in the dust, and we’re still doing more talking about fitness than acting like it matters.

Yes, there are successful companies that have created businesses and initiatives around physical health and activity. Kaboom, celebrating its 20th anniversary this year, has built 2,700 playgrounds in underserved neighborhoods; TimberNook camps foster child development through nature and outdoor activity, the esteemed Aspen Institute has identified the ability to play, confidence, and the desire to be active as basic initiatives of physical literacy. Research has shown that the earlier these qualities are introduced into children’s lives, the more long-lasting the effects. Their ProjectPlay white paper, Physical Literacy in the United States, lays out a strategic action plan.

The benefits of play – and physical activity – are undisputed. Isn’t it time we incorporate them into our – and our children’s – lifestyle? Why, as our fingers dance across a keyboard, must our feet continue to lose traction? How will kids ever learn to swim when they spend so many hours surfing every day? We’re all in the business of kids entertainment. But even more importantly, we’re in the business of empowering kids for the future. We can make a difference with products that encourage movement, promote active role models, engaging stories, and physical activities.

We’ve talked the talk for 60 years. Now we need to start walking the walk.