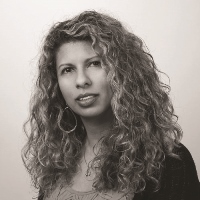 Gilbert co-founded Bron with Aaron Gilbert in 2010, and she will continue to serve on the board of Bron Media Corp – which also has production, financing and film releasing divisions – in addition to heading up the company’s animation arm.  While she has been involved with various aspects of Bron since its inception, she will now be more focused on the company’s animation activities.

Among the three VPs named to the Bron Animation team are Adam Wood, who has been appointed VP of creative, with Teunis de Raat named VP of digital and Luke Carrol named VP of production and development.

Wood joined Bron in 2012, hailing from Pixar Studios where he worked on films such as Toy Story 2, Finding Nemo and Monsters Inc. While at Bron, he’s worked on projects such as Mighty Mighty Monsters and the studio’s upcoming CGI-animated project, Henchmen.

De Raat has been in charge of production technology at Bron since 2012 and has also held senior-level positions at Pixar Canada, Disney and Image Movers.

Carol, meanwhile, has been with Bron since 2013, and he is currently serving as a producer on Henchmen. Carol’s previous credits include The Weinstein Company’s Escape from Planet Earth.