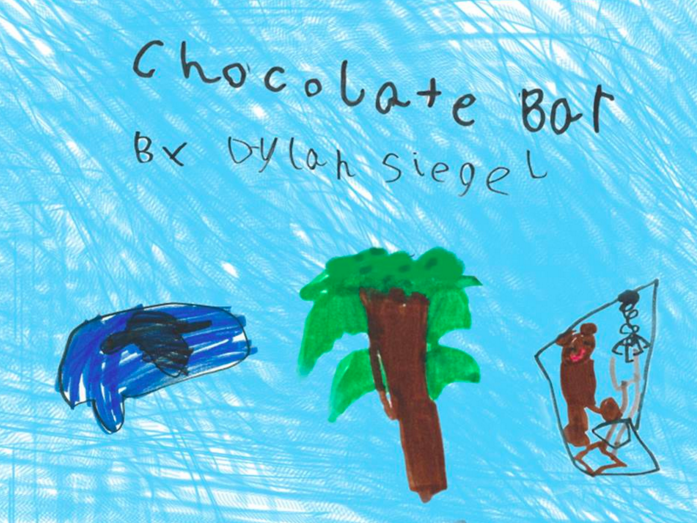 Playing in the Sandbox was “chocolate bar”

At last week's Sandbox West, a mix of speakers looked at the ways traditional play and learning are adapting to an ever-connected world. Blogger Wendy Smolen recaps the ideas shared by some of the biggest names in the industry, as well as one special nine-year-old boy.

Last week everyone was rewinding Back To The Future. But at Sandbox West, the first Sandbox Summit on the West Coast, the topic was all about fast forward. The theme was Play Differently: The intersection of real-world and digital engagement. Over the course of two days, a diverse mix of speakers looked at the ways traditional play and learning are adapting to a world that’s connected all of the time, and to kids who expect nothing less than immediate access.

Brent Bushnell, CEO of Two Bit Circus, set the tone for the conference, describing his own foray into the world of geeks and gaming by combining technology and spectacle. In a real-world adaptation of hiding spinach inside brownies, he’s created a carnival of STEAM-powered activities that engage and inspire kids to learn while playing. If you’re in the San Francisco area on November 6, check it out.

Tara Sorensen, head of kids programming at Amazon Studios, then discussed how the “I-want-it-now style” of engagement is changing the face of kids TV. Niche is the new normal; the ability to pause and play means timing is no longer “everything.”

Rob Lippincott, MD of i2 Education, led a lively panel on creating sustainable solutions in education. One of the key points of agreement: We need to design with teachers, rather than for them. Paul Levine, Co-CEO and President of PlayScience, advised ed tech start-ups to look at developing products from multiple angles, which he called PlayScience’s PlayMatrix, considering audience, content, pedagogy, platform, form factor and context.

Alice Brooks, co-founder of Roominate, then circled back to the discussion of STEAM learning, specifically targeting girls. Being the International Day of the Girl, she delivered an apt personal presentation on how she co-created the engineering-based, story-driven Roominate product line, and where she sees it heading.

In a lightning-rod series of presentations, five extraordinary people then presented innovative and inspiring ideas that exemplified the intersection of play, learning and technology. Creative Technologist Todd Bryant told the story behind the digital puppetry he used to create the Metropolitan Museum of Art installation, The Return. Gwen Gordon discussed the evolutionary context of play in our lives and gave a sneak peek of her not-yet-released PBS documentary, NOW Playing! Margaret Honey, president and CEO of New York Hall of Science, transported the audience to NYSCI’s innovative Connected Worlds exhibit. Shara Karasic, co-founder of CoderDojo LA, showed how kids teaching other kids to code is both effective and sustainable. Then, Dr. Karen Kaun brought college freshman Kiana Dyson to the stage to exemplify first hand how Makeosity, an incubator-style program for high-school students has the potential to transform the way kids learn and prosper by giving them a shareholder stake in their own future.

Monday afternoon workshops offered hands-on experiences for makers and doers, as well as a discussion on Big Data and Ethics. Attendees were also treated to an Oculus-enabled Van Beethoven, where they could experience a 3D LA Phil symphony. An interactive scavenger hunt through the California Science Center was another playful option. The evening culminated with an Innovation Demo Party, showcasing 11 noteworthy companies where play and learning is always a priority.

Elan Lee, co-creator of the runaway hit game Exploding Kittens, kicked off Tuesday’s presentations, telling the story behind the success of Exploding Kitten’s US$9-million Kickstarter campaign. “If you live in the same world as a character, you want to interact with them in the same way you interact with friends,” he said. He created a month-long virtual party to change the conversation from “crowd funding,” to just “crowd.” As a result, Exploding Kittens broke all records to become the #1 funded game on Kickstarter.

Elan was followed by nine-year-old Dylan Siegel, who told his own story about a story: After writing the book Chocolate Bar at age six, he and his parents self-published it to raise money for a cure for his best friend’s rare liver disease. He started off by explaining that “chocolate bar” was his expression for “awesome.” Over 30,000 copies, and US$1 million dollars later, a cure is on the horizon, and Dylan is on a mission to inspire kids around the globe to never give up. His presentation was pure “chocolate bar.”

Next up: DonorChoose.org SVP Carolina Martin, described another way to inspire kids by donating funds large and small to help teachers get the supplies they need in their classrooms. In an Oprah-style giveaway, Carolina distributed DonorsChoose.org gift cards to every member of the audience.

Chris Denson, of Omnicom Media and Innovation Crush, then led a panel of rival companies, including Hasbro, Mattel, and Anki in a discussion about the future of toys, and how technology can be used to encourage play. The still-unanswered question: Does a toy have to have technology today to make it saleable? Is a plain old toy no longer good enough?

John Seely Brown wrapped up the presentations with a discussion of how we’re moving from in information economy to an imagination economy, shifting from creating answers to creating questions.  “In a world of constant change,” he advised, “today’s creators must also be willing to regrind their conceptual lens.” A tour of the Annenberg Innovation Lab concluded the conference, underscoring the theme of Play Differently by showcasing playful new solutions currently being worked on in the Lab.

Check out future Sandbox events, or email me at wendy@playsciencelab.com