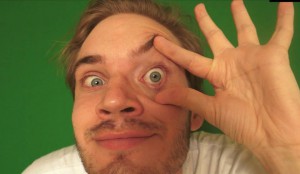 Look out, Netflix. YouTube dives into subscription on demand.

The Google-owned company will roll out YouTube Red next week, but experts are wary on whether or not the streaming public will buy in - especially those in the youngest demographics.

Make some room, Netflix, Hulu, Amazon and Vimeo. There’s a new SVOD coming to town and it has a familiar name.

The new service, set to roll out October 28, comes in response to pressure from fans to give them more of their favorite content, without any distracting ads. At a cost of US$$9.99 a month, it will also let viewers save videos to watch offline, a feature that’s become increasingly in-demand within the children’s on-demand video market. (The just-revealed DisneyLife subscription streaming service that’s bound for the UK, for instance, has offline viewing capability).

“Membership extends across devices and anywhere [people] sign into YouTube, including our recently launched Gaming app and a brand new YouTube Music app we’re announcing today that will be available soon,” reps for the Google-owned company said in a blog post confirming the launch.

In 2016, the SVOD service is expected to give subscribers access to new, original shows and movies from some of YouTube’s biggest creators, the blog states. Among the anticipated originals is Scare PewDiePie, a reality-adventure series from the creator and executive producers of The Walking Dead at Skybound Entertainment and Maker Studios, and it features Maker talent PewDiePie (Felix Knellberg, pictured).

Viewers in the US can try YouTube Red for free with a one-month trial.

It’s not known yet exactly how YouTube’s subscription service will operate, but it has been reported by several sources that creators will receive a 55/45 split of revenue from that model, the same as YouTube’s ad-revenue model.

Peter Csathy, CEO of Manatt Digital Media, says that not all creators are happy with the proposed pay model. According to Csathy, who interviewed several creators under the condition of anonymity as part of a blog post, creators are feeling the pressure to make their content available under the paid model, whether they want to or not.

“Some of the creators I spoke to felt it was kind of a ‘take it or leave it’ type of thing,” says Csathy, who writes frequently on digital media, SVOD and OTT. He adds that it’s unclear whether YouTube users will buy into the service, particularly those in the youngest demographics.

“A lot of these users are kids (and) they don’t have credit cards,” he said. “They’re trained to watch YouTube for free, as they have over the years, and they may continue to do so.”

Adding yet another subscription service to peoples’ lives may also prove too much to ask from the streaming public.

“There’s only so much capacity for individual consumers,” said Csathy. “It really comes down to what excites you as a consumer… short-form videos do well on mobile, but are they ready for the living room?”

Chris Ciaccia, tech editor at The Street who often covers the SVOD market, says the rise of ad-blocking technology may play a part in Google’s motivation to create a paid subscription service.

“Google’s model has always been about driving ad revenue one way or another,” Ciaccia says. “We all know ad businesses have been under pressure lately, especially in the past few months, because of ad-blocking apps.”

Ciaccia says the move to subscription could also provide Google with an opportunity to experiment with a new model that may help provide an alternative to users who don’t like ads.

“I think the fact that they’re tweaking the ad model says that they’re unsure of what the best model is for the future. But by tweaking and trying something new, they’re trying to appeal to a broader audience all at once.”