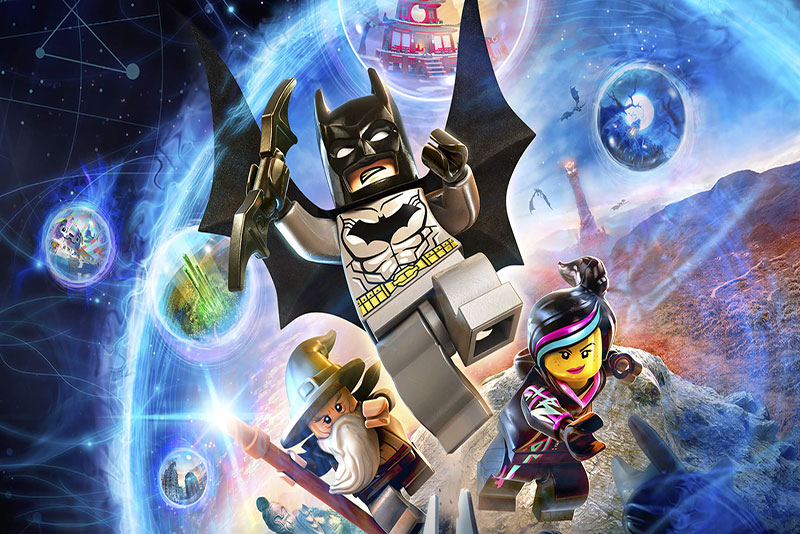 Can toys-to-life gaming competitors share the wealth this holiday?

With 160% growth in sales over last September, and numbers expected to rise into Q4, you can say the US toys-to-life segment has cause for celebration this holiday season. Still, analysts warn that popularity poses a risk of cannibalization. Can LEGO Dimensions differentiate itself enough from close competitor Disney Infinity 3.0 and market-leading Skylanders? It's definitely game on.

Despite mobile’s continued infiltration of seemingly all aspects of kids’ lives, their connection to video games has seen little interference. In fact, according to September findings from market research firm The NPD Group, last month saw a surge among interactive gaming toys – we’re talking 160% growth over last September, and a 37% year-to-date gain – largely thanks to the releases of Nintendo Amiibo and LEGO Dimensions over the past year. Plus, accessory spending increased by 20% in September compared to last year, supported by growth in interactive gaming toys as well as point cards.

Against an overall backdrop of nearly flat year-to-date sales across hardware and new physical software, you can say the toys-to-life segment will be the industry’s reason to celebrate this holiday season. According to NPD games industry analyst Liam Callahan, Christmas will provide further sales growth for this increasingly saturated category.

“A general sense of competition will be in the air. LEGO Dimensions has a similar value proposition to Disney Infinity 3.0  in terms of characters playing together in one space. Although, Disney has Star Wars up its sleeve,” says Callahan, referring to Disney Infinity 3.0 launching with a line of Star Wars characters this year.  (And on that front, EA is set to launch the older-skewing Star Wars: Battlefront on November 17).

“With Amiibo, Nintendo has shown that it has a deep catalog of characters, so the company shows no signs of slowing down, and there’s still potential for them to introduce a new slate of figures through the holiday that will generate excitement.”

Along with Amiibo, which launched in November 2014, and Dimensions, LEGO’s entry into the category that launched last month, Disney Infinity 3.0 is giving a new-found excitement to the toys-to-life category – and video gaming in general – with its intended reach beyond the young male demographic.

“These platforms are showing that there is room to grow outside of boys, which initial toys and franchises targeted. There are now wider age ranges and more balance with gender in terms of characters. Disney Infinity is particularly open more to girls, though games like Disney Infinity: Marvel Super Heroes is focused squarely on boys,” says Callahan.

As with most industries, and particularly the tech kind, popularity poses a risk of cannibalization.

Callahan says a continued upward trajectory will depend on how well publishers diversify their consumer base. And moving beyond boys is just a start.

“If these companies are going after same consumer, there’s a limit on how much parents will spend. So we will see how the market evolves,” says Callahan.

Of course, the evolution first began with Skylanders back in 2011, with the introduction of its near-field communication that let kids import physical characters into a console game. The brand has generated more than US$3 billion for publisher Activision, which intends to hold onto its 75% category market share with last month’s launch of the franchise’s fifth iteration, Skylanders SuperChargers. The new game brings to digital life 20 additional interchangeable character and vehicle-based figures.

“Skylanders has historically done really well, as it’s the category leader. We will see if consumers are as into the vehicles, as the company looks at points of differentiation each year,” Callahan says.

And while Skylanders takes the pole position, the Q4 holiday season (which typically represents roughly 40% of the year’s sales) will set an interesting stage for Disney and LEGO, in particular. Callahan predicts that Disney 3.0 will sell more games than LEGO Dimensions, potentially due to the fact that LEGO’s offering costs US$20 more than Infinity 3.0. Disney is also a more established player, meaning LEGO has more to prove. (Callahan notes that LEGO can demand a premium, so its price-point makes sense, albeit maybe not to every parent.)

While these interactive toy publishers continue to define and defend themselves, they don’t necessarily have to worry about competition from mobile.

“I think mobile gaming and console games can play well together,” says Callahan. “There’s a time and place for playing either. And they can co-exist. Independently, the console space has a lot going on. I don’t see it being impacted by mobile, which on its own is obviously doing well.”