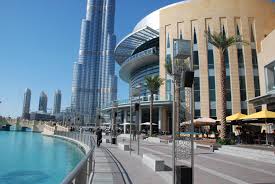 A 3,200-square-foot Nickelodeon store is set to open in Dubai in 2016, upping the number of Nick retail shops worldwide to an even dozen.

A 3,200-square-foot Nickelodeon store is set to open in Dubai in 2016, upping the total number of Nick retail shops worldwide to an even dozen.

Based in the Dubai Mall, which forms part of a US$20-billion downtown complex, the new Nickelodeon store will be part of a retail landscape comprised of more than 1,200 shops.

The Dubai location, part of Nickelodeon’s ongoing relationship with Entertainment Retail Enterprises (ERE), is the second store to launch in the Middle East, following the opening of Riyadh in Saudi Arabia in August 2013. Its regional retail ambitions coincide with Viacom International Media Networks’s debut of three 24-hour channels in the Middle East—Nickelodeon HD, Nick Jr. and MTV Live—through pay-TV network OSN, which launched earlier this year.

In line with its 11 other locations, which include Panama, Honduras, Riyadh, Chile, Columbia, Costa Rica and UK, the Nickelodeon Dubai store will offer kids and families the opportunity to experience and interact with Nickelodeon’s properties including SpongeBob SquarePants, Dora the Explorer, Teenage Mutant Ninja Turtles and Paw Patrol.

Nickelodeon and Viacom Consumer Products and ERE have confirmed plans to open more stores next year.