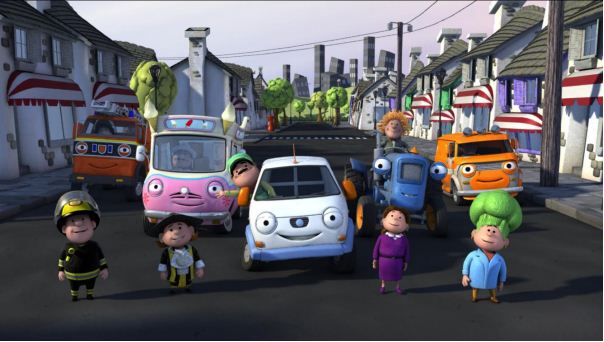 Two new seasons of Olly the Little Whit Van have been commissioned, and the brand will look to extend its global reach, thanks to a deal brokered Fandango Productions.

With 65 episodes already airing in more than 40 countries, preschool series Olly the Little White Van has been greenlit for an additional two seasons consisting of 52 more episodes.

UK- based prodco  Ideas at Work is teaming up with G V Babu to create Olly Animations pte in Chennai, India. The co-production deal will see the creative lead stay in the UK with Jamba Entertainment, but the India joint venture is being established with an eye towards increasing TV production and investing in new media channels such as online, mobile and e-learning—all areas Olly has already established a presence.  So far, £4 million (US$6.07 million) has been invested in the brand, and the new deal takes that number to more than £6m (US$ 9.1 million).

Also as part of the deal, it’s expected that brand will make its way into new regions, like the Indian subcontinent, in both broadcasting and licensing/merchandising, adding to the progress its made in new markets such as China, Russia and Turkey.

The deal was brokered by Daniel Slight, CEO of Fandango Productions, which will also provide pre-production services. Meanwhile, Dave Garbett of Jamba Entertainment will continue to oversee direction, and Ideas at Work’s Henry Becket will produce.  Julie Fox of Paris-based AWOL Animation will handle global distribution.