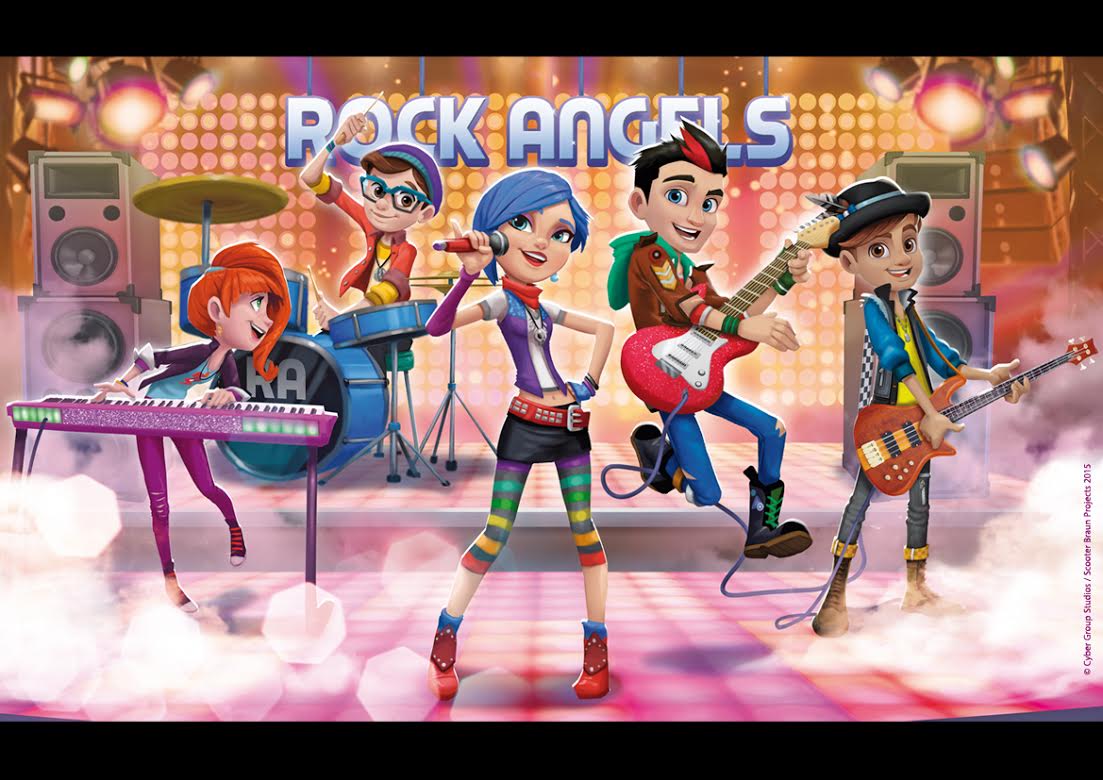 Braun’s label, which is housed within SB Projects, an entertainment and media company with artists including Justin Bieber, Ariana Grande and Carly Rae Jepsen, will infuse the series with original music, while Cyber Group, which has recently bolstered its studio and distribution teams, will handle the show’s animation.

Rock Angels (26 x 22 minutes), which targets a global audience of six-to 12-year-olds, follows the exploits of a five-member teen band that’s comprised of the Sky Angels, a sweet sibling pop duo from the American Southm, and the Rock Ons, a Detroit rock band made up of three cousins. After tying for first place in a musical talent competition, the two bands must now merge to form Rock Angels, and become a new world sensation.

The bible of the series has been co-written by Cyber Group’s Pierre Sissmann, Scooter Braun and Mike de Seve from US-based Baboon Animation, who will also story edit the series. Scott Manson of SB Projects is also executive producing.

Not unlike former Britney Spears producer Eric Foster White’s music-based ShowMobile venture, songs featured in each episode of Rock Angels will be filmed as real music videos. Series episodes will include digital content, such as band members’ dedicated Facebook and Twitter accounts, as well as the exclusive release of the Rock Angels first album on all platforms.

And in related news, Cyber Group Studios, together with Ireland’s Brown Bag Films, has started production on the 52 x 11-minute CGI/2D-animated series Gilbert & Allie, which has been sold to Disney Channel EMEA.  The series is an odd-couple supernatural comedy about a teenage girl who discovers she has wizardly powers. Cyber Group will distribute the series globally.