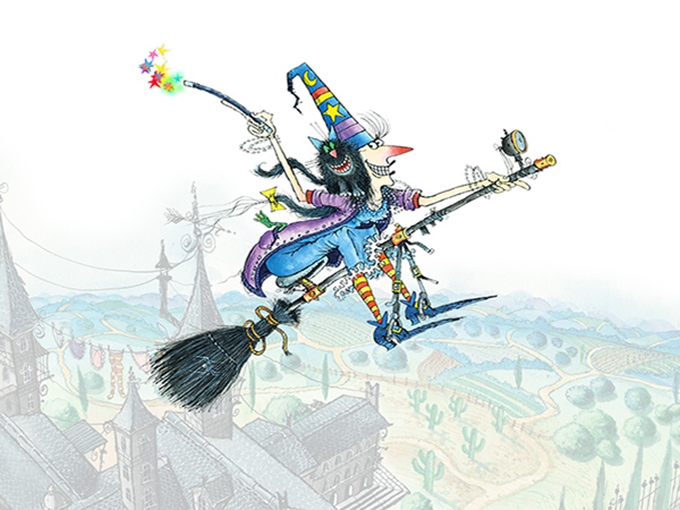 With the industry’s biggest players set to converge at MIPCOM in Cannes for four days of screenings, meetings, deal-making and more, here’s a look at some of the coolest new kids shows coming to market. 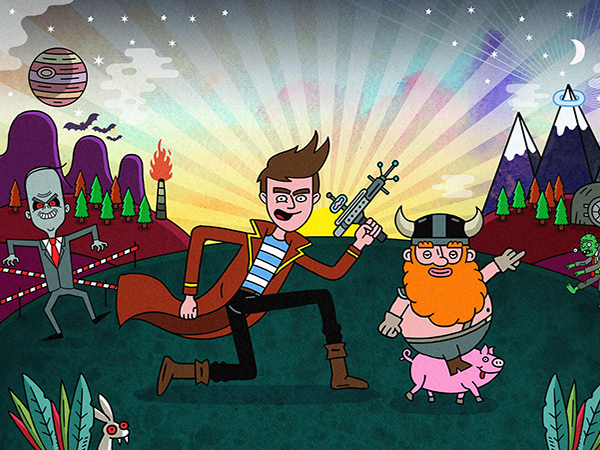 Status: A bible and pilot, along with several scripts have been completed. Eye Present is currently on the hunt for co-production partners

Concept: UK comedian gamers Lewis Brindley and Simon Lane created Xephos and Honeydew to serve as their Minecraft avatars. The pair have since built Yogcast, a YouTube channel featuring the odd-couple characters and their adventures in the sandbox-type game that has more than 7.3 million subscribers and in excess of 3.1 billion views. This animated comedy finds the straitlaced Honeydew (his favorite color is brown) and the more eccentric Xephos (his preferred hue is The Mystery of Magenta), working at Yog Labs on a distant planet that takes some visual cues from the world of Minecraft. Their they conduct experiments that test the laws of physics and common sense. Creating arrows that shoot pigs, which in turn shoot rainbows, seems like a pretty good idea, doesn’t it? 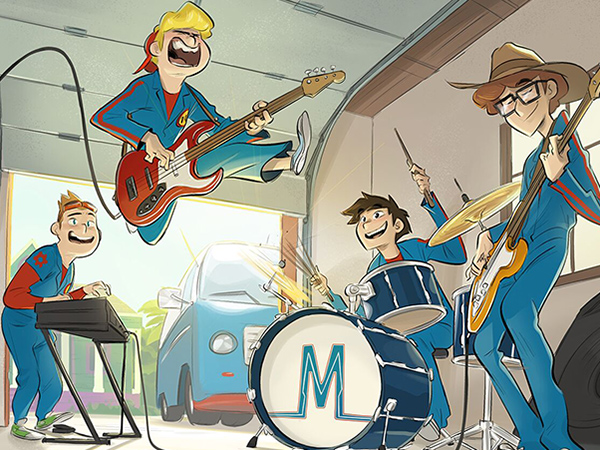 Status:  In development. A bible, an animatic and a two-minute demo will be ready for MIPCOM.

Concept: The Imagination Movers, the preschool super-group from the hit Disney Junior series of the same name, are getting animated—quite literally. In this new comedic preschool series, the musical quartet’s members find themselves as accidental superheroes. Rich, known for having a motor-mouth, gets the power of super speed. Sensitive Scott finds he is able to move things with his mind. Natural-born klutz Dave can turn into a super gummy bear, while rubbery-limbed Smitty gets the gift of super stretch. And through their adventures, they help preschoolers discover their own “super powers.” Ex-Pixar talent Jason Boose oversaw character design and is art directing the entire series. 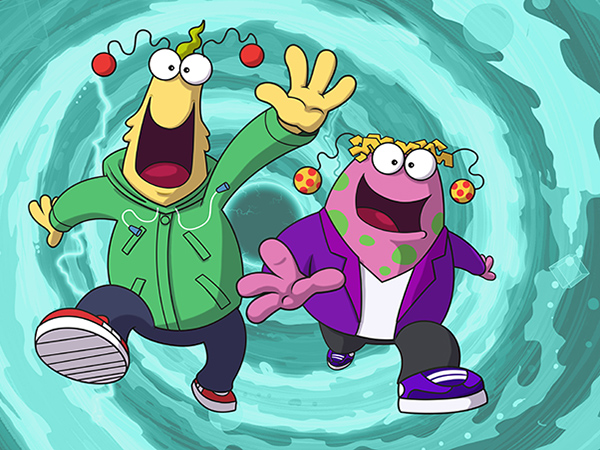 Status: Pubcasters CBBC and RTE are on-board, and JAM will have three eps ready for screening at MIPCOM. JAM holds distribution rights outside the UK and Ireland, while Flickerpix is handling L&M.

Concept: Based on a puppet duo Zig & Zag, who served as hosts of Irish pubcaster RTE’s The Den in the 1980s, this new series takes the characters into the slapstick world of squash-and-stretch animation. As puppets the pair enjoyed an even more successful career after moving from RTE to Channel 4′s The Big Breakfast show in the UK. In their new animated world, the alien twins who crashland on Earth, and wind up making a home for themselves, find they have no knowledge of how things work on the planet, and wind up wreaking havoc—and generating laughs—wherever they go. 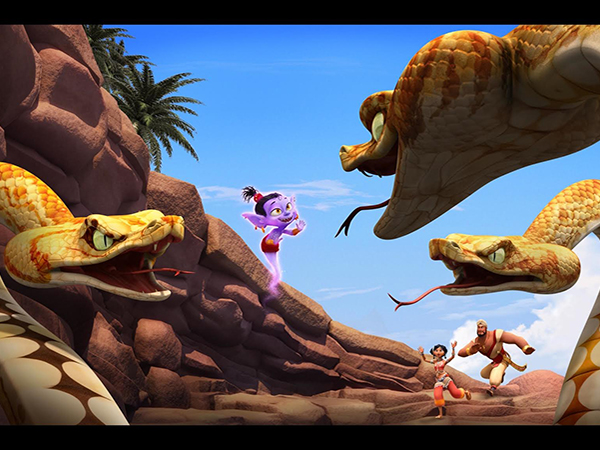 Status: State broadcaster RBB in Germany and Australia’s Network 10 have greenlit the series, which is now in production.

Concept: Gerhard Hahn, of Hahn Films, put a unique twist on the age-old tales of 1001 Nights for this new action-adventure series that’s seasoned with a healthy dose of comedy and dotted with original songs. Young teenage girl Sherazade finds herself on a quest to help her friend Karim, who has been unjustly dethroned by his own brother and turned into a big blue hairy monster. On their epic adventure to find a cure for Karim, the pair are helped along by an ancient genie named Halal, who more often than not provides the comic relief, if not much-needed wisdom. 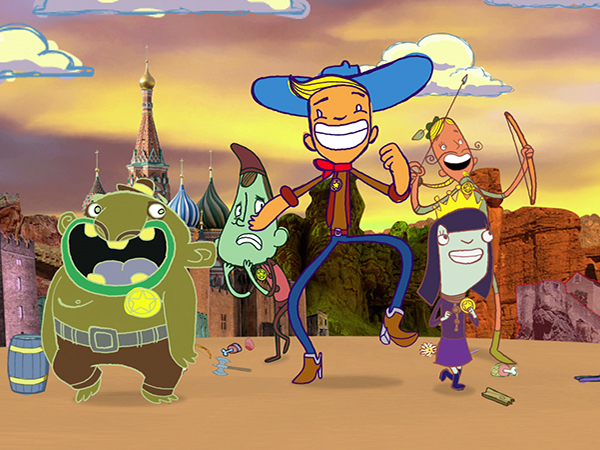 Status: In development with a bible, a teaser and several scripts completed. The co-producers are currently looking for an additional production partner.

Concept: The Wild West has never looked quite like this before. This post-modern pastiche comedy from the mind of ex-Cartoon Network Studios Europe creator James Fox finds orderly Wilbur Drybiscuit’s town of Brown is turned upside down by the arrival of energetic and optimistic Clint Hoodangit, who is quickly proclaimed the new sheriff and names Wilbur as his deputy. An unlikely friendship develops between the pair, and together they set about trying to keep Brown in check, while facing down foes and encountering strange happenings, like the appearance of the town’s dead sheriff Sparkle Kitten. 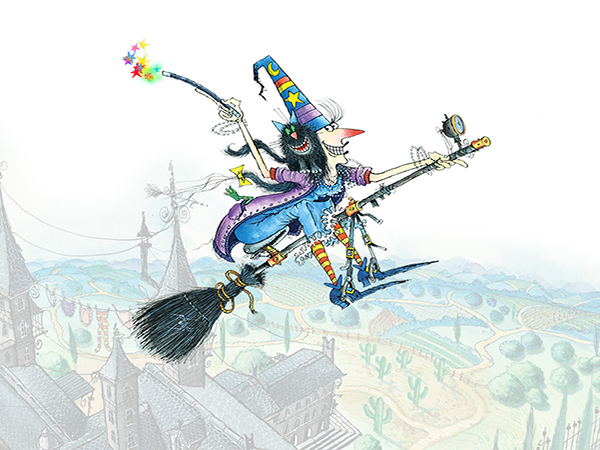 Status  UK channel 5′s Milkshake has commissioned the series, which is in pre-production. UK-based Jet Pack Distribution is on-board to sell the series globally.

Concept  Based on the bestselling picture book series Winnie the Witch (7.5 million copies, 30 languages) from British publisher Oxford University Press, this new toon focuses on the friendship between somewhat hapless but well-meaning Winnie and her best feline friend, Wilbur. The smarter of the two, the cat continually helps the young witch out of the self-made scrapes in which she finds herself. For example, in one ep Winnie decides to use her magic to clean up before a party, her spells go awry and Wilbur sweeps in to save the day.