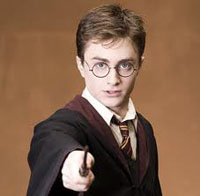 First quarter numbers are in for Scholastic, and as the global children's publisher expected, results were relatively stagnant for the seasonally small quarter.

First quarter numbers are in for Scholastic, and as the global children’s publisher expected, results were relatively stagnant for the seasonally small quarter.

Revenue increased by just US$700,000 to US$191.2 million. However, that figure no longer includes the company’s former educational technology and services business, EdTech, which it sold at the end of the previous fiscal year.

Turning to key business segments, Scholastic saw a 15% increase in its book publishing and distribution segment, which climbed to US$68.1 million from US$59 million. Additionally trade group sales rose by 22% or US$8.5 million thanks to strong performances from Harry Potter books and the updated Minecraft handbook series, as well as titles such as Star Wars: Jedi Academy #3: The Phantom Bully, Wings of Fire Book 7: Winter Turning, and Captain Underpants and the Sensational Saga of Sir Stinks-A-Lot by Dav Pilkey.

Revenue also increased in Scholastic’s education segment by 7% to US$50 million from a year ago, due to more sales in classroom books and literacy initiatives, including summer reading programs and higher ad revenues from its consumer magazine custom and digital publishing business. An Education segment operating loss came in at US$2.8 million, on par with last year, as the result of lower sales in teaching resources and library publishing.

Scholastic’s international business suffered the largest drop in the company’s first quarter, with revenues dropping 14% to US$73.1 million, largely as a result of strong US currency. Nonetheless, sales in local currencies were slightly ahead of last year, driven by growth in Australia, India, Indonesia, Malaysia and the Philippines. Increased sales in Australia, in particular, helped cut segment operating loss by 10% to US$2.7 million.

Overall, corporate expenses were also reduced, from US$20.4 million to US$16.5 million, as a result of lower employee-related expenses, which were partially offset by an increase in spending on strategic technology.

Lastly, Scholastic also acquired UK-based company Troubadour, which does business as The Travelling Book Company. It operates roughly 7,000 book fairs across the UK and Ireland, and Scholastic has high hopes it will bolster company earnings and cash flow beginning fiscal 2017.