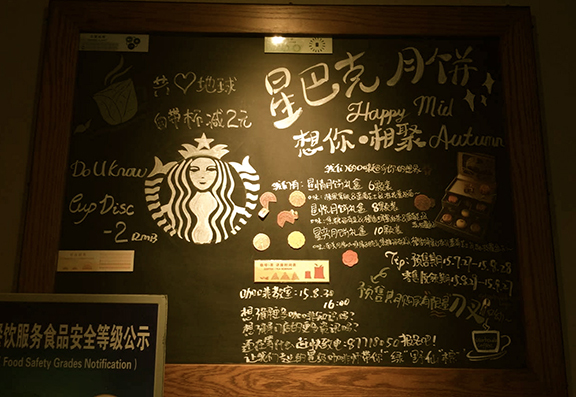 Despite its American roots, Starbucks isn't impervious to cultural variations. A problem-solver and creative thinker by nature, Planet Preschool blogger Josh Selig has an idea.

I have never written a letter to a company before but today I feel compelled to do so. This is not a complaint letter so I hope it does not end up under an espresso machine.

I am an avid consumer of your products, from the lattes to the Frappucinos to the artisanal breakfast sandwiches, and I am writing today to make a suggestion. My idea was inspired by one of my recent trips to China where your shops are now popping up like mushrooms after a monsoon. 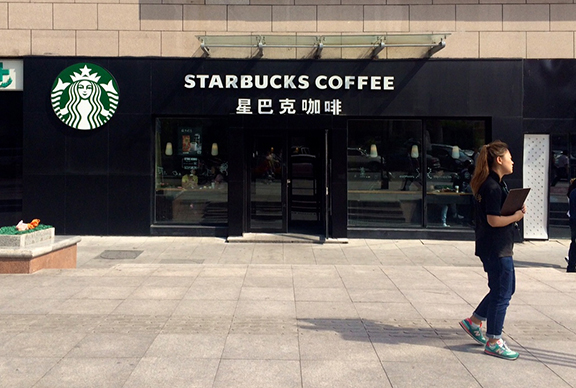 Happily, the Starbucks products in China are remarkably similar to those in my hometown, New York City, with some slight cultural variations among the food offerings (i.e. the tasty Moon Cakes you serve during the Autumn Festival or, inexplicably, your Aussie Sausage Rolls). The biggest differences I have noticed in China are not among your fine products but in the temperatures at which your fine products are served. In China, I have learned, great importance is placed on maintaining the “harmony” of the body’s natural lukewarm temperature. This philosophy, which goes back thousands of years, has apparently found its way into your Starbucks restaurants in mainland China. Case in point, if one orders a Grande Iced Americano in, say, Guangzhou, as I did last month, one is likely to receive a Grande-sized plastic cup with two shots of espresso, some water, and three ice cubes. (All of which will have melted long before you slip your straw through the crosshairs of the lid.) If you learn to ask for “extra ice” (as I have done) by using the Mandarin words “geng duo de bing,” you are likely to receive four ice cubes, which do very little beyond keeping your coffee from being hot. 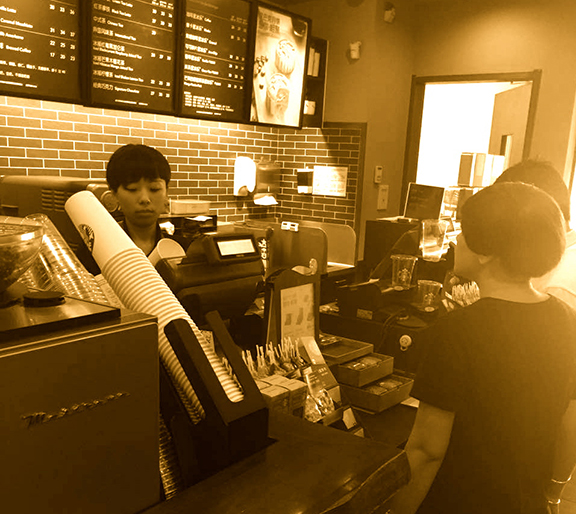 Through trial and error, I have discovered that a combination of miming “man scooping ice” whilst repeating the words “More bing! More bing!” will eventually convince the Chinese baristas (all of whom wear name tags with Western names like Hamlet, Sunshine, or Tater Tot), to make a proper (iced) Grande Iced Americano. The Chinese always seem shocked by the amount of ice that this “foreigner” likes in his drinks and once, on the southern island of Sanya, a barista named “Marco Polo” even said “Please be careful!” as he handed me my beverage which, by local standards, was now cold enough to be considered dangerous.

I work in the rather peculiar and esoteric world of children’s television, and I was taught early in my career that one should never bring up a problem without also providing a solution. So, today, I would like to propose a “fix” of sorts to the temperature variation issues in your Starbucks stores in China and, perhaps, across the globe.

Ready? Here goes. Just as Starbucks has brilliantly re-imagined the simple words “small, medium, and large” as “tall, grande, and venti,” I would like to suggest that you create some similarly unique, proprietary and vaguely European sounding new words for “hot, warm, and cold.” 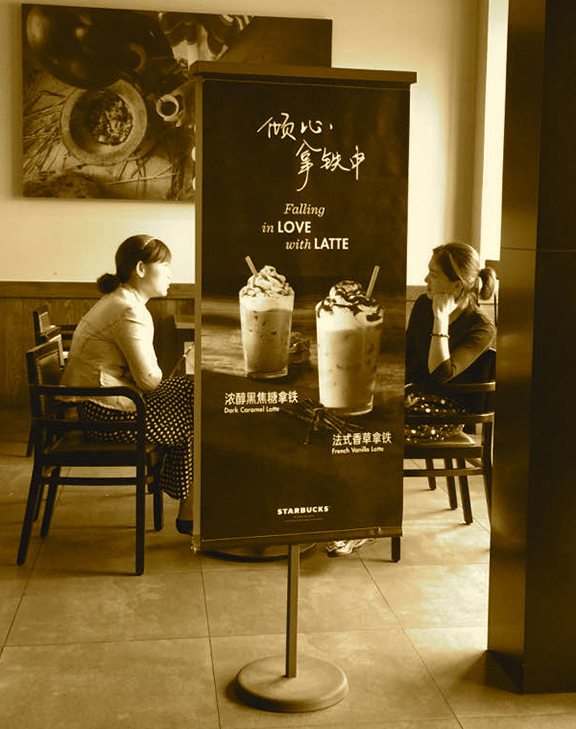 I hope you won’t find this presumptuous, but I have already gone ahead and created a short list of new words for these temperatures for your consideration. (Should you decide to use any of these words, you may do so with my permission and without any compensation. Simply knowing I have contributed to the culture of Starbucks in some small way is all the reward that this loyal customer requires.)

Piqeo (pronounced “Pik-a-o”) This simply means “hot.” So, for example, if you’d like your mozzarella panini to have melted cheese inside, you would say, “One mozzarella panini piqeo.” (There would, of course, be corresponding buttons on the Starbucks toasting ovens.) I suspect it would not be long before “Piqeo,” like many other Starbucks words, finds it’s way into the popular lexicon and appears in such phrases as, “Wong had a piqeo date last night.”

Slumao (pronounced “Slew–mao”) This word means “warm” and it would cover everything from an oatmeal cookie that one would like warmed up, to a Chinese-style Iced Americano. Used in context, one would say, “I’d like a Tall Skim No Foam Latte and I’ll take that Slumao.” This word has a certain onomatopoeic charm that I hope you will appreciate. 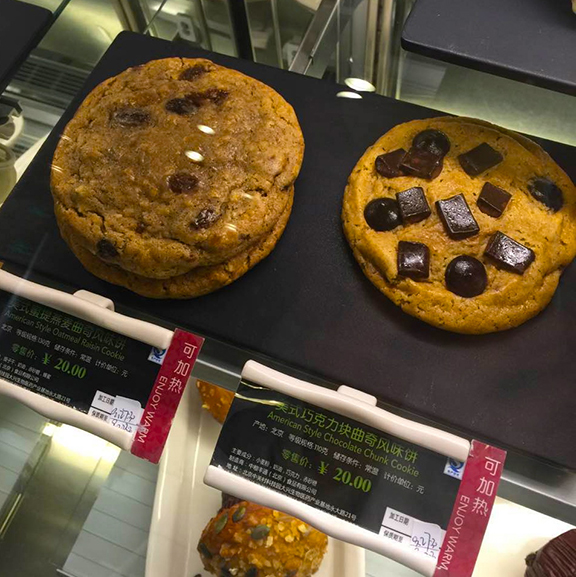 Ziik (pronounced “Zeke”) This simply means “cold.” When you order your beverage “Ziik,” it should be filled to the brim with enough ice to make the contents inside very cold. Baristas everywhere (including in China) would be instructed to ignore prevailing cultural norms (no matter how ancient or healthy they might be) in favor of the customer’s preference for a very cold drink. To order such a beverage, one would say, “Tall Iced Coffee Ziik, please.”

Now, I do realize that change comes slowly to large corporations, but I’ve been impressed by how quickly Starbucks responds to its customers (from attaching the bathroom key to a large ladle, to creating the whimsical, tasty, yet somehow low-calorie “Cake Pop”), so I am hoping that my bold new ideas regarding language and temperature in your stores will be adopted globally and post-haste.

Thank you for your kind consideration.