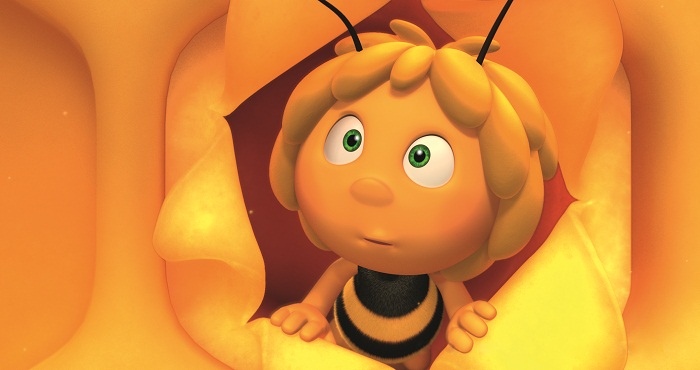 Maya the Bee to swarm the UK

With a hit TV series, more than 300 global licensees and a 3D-animated movie sold into more than 160 territories, the global buzz around Belgium-based Studio 100’s Maya the Bee is making its way to the UK.

With a hit TV series, more than 300 global licensees and a 3D-animated movie sold into more than 160 territories, the global buzz around Belgium-based Studio 100′s Maya the Bee is making its way to the UK.

London-based distributor Primal Screen has picked up UK movie rights (as well as Ireland, Norway, Sweden, Denmark, Finland and Iceland) and will launch Studio 100 Media and Buzz Studios’ preschool flick Maya the Bee Movie on big screens in the UK on October 23.

Local agent Brands With Influence has been tapped by Studio 100 to handle the property’s UK licensing activity. The goal is to create a wide-ranging consumer products program, targeting mass to mid-tier retail, with strong support coming from grocers, toy retailers and department stores.

BWI plans to anchor the program with core categories like toys, games, publishing and apparel. Footwear, stationery, back-to-school, partyware, promotions, digital/apps, toiletries and housewares will round out the larger CP program. “What we are striving to deliver are multiple touch-points across each category,” says BWI director Dominic Wheeler. Overall, the program is looking to use Maya’s unique on-screen characteristics in order to make appealing merchandise for the property’s target audience of boys and girls ages three to six.

“Maya is a friendly, adventurous and curious little bee who understands the importance of friendship,” says Christophe Drevet, Studio 100′s international consumer products director. “The core brand elements of protecting and valuing our natural environment are also crucial considerations for any product within the Maya licensed portfolio.”

The UK consumer products line is taking cues from the brand’s global CP program, which has had success using in-store promotions to drive brand awareness and retail sales.

In Benelux, for example, Studio 100 partnered with FMCG giant Unilever and more than 200 Emté and Alvo grocery stores to offer customers a free Maya the Bee figurine when they spent €15 (US$16.74). More than six million figurines were given away during that promotion. In Poland, a partnership with supermarket chain Biedronka and disposable personal hygiene products company Ontex led to more than 20 million diapers being sold.

“It is important we utilize the correct products to appeal to our retail partners and target audience,” Drevet says. “We tailor-make promotions and products relevant for their targeted consumers.”

While there are no official UK deals to announce at the moment, as BWI has only recently signed on to rep the brand and engage in licensing talks, there was a special screening of Maya the Bee Movie on July 12 for potential partners, and the feedback has been positive, Wheeler says.

The property (which originated as an early-20th-century German novel before being adapted for comics, TV series and film over the years) has already been gaining traction through the new TV series’ placement on free-to-air TV channel Tiny Pop in January 2014. According to Studio 100, more than 1.5 million kids in the UK have watched the series over the past six months, and on average, more than 40,000 viewers tune in for each episode in its 6:30 p.m. timeslot.

BWI expects to announce a host of deals very soon and then launch the majority of Maya the Bee merch at UK retail in early 2016. However, there’s an outside chance some items could be on-shelf earlier. “We may be able to work with distribution partners utilizing the existing products produced for European markets for more immediate distribution,” Wheeler says.