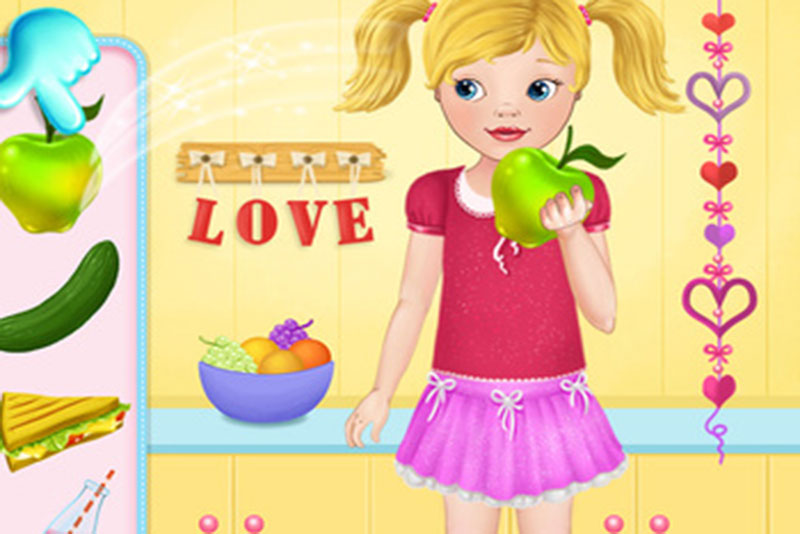 Recent App Annie rankings placed Israeli publisher TabTale as the world's sixth-largest mobile maker in terms of downloads - ahead of Rovio, Outfit7 and Disney. According to company CMO Guy Tomer, survival in the children's mobile market boils down to just two things: content and consolidation.

There’s a ticker on the TabTale homepage that will show you just how fast the kids mobile industry is moving. The company’s tracker and its ever-ascending 792, 706, 370 downloads look like something straight out of the offices of Facebook, but instead they belong to the Israeli mobile publisher that’s making a serious mark in the kids gaming space and topping global app charts.

July 2015 App Annie rankings placed TabTale as the world’s sixth-largest mobile maker in terms of downloads – that’s ahead of Rovio, Outfit7 and Disney. With its 660 combined iOS and Google Play apps, and counting (that’s 11 more apps than Electronic Arts has in stores), TabTale may just be telling the biggest mobile story that you’ve never heard.

According to company CMO Guy Tomer, surviving in the children’s mobile space boils down to just two things: content and consolidation.

Overall, TabTale has more than 450 apps for kids, 95% of which are free-to-play. Many of the company’s apps are not developed in-house, but through acquired companies that have retained their names rather than assuming the TabTale moniker.

In 2013, TabTale purchased Israeli developer Kids Game Club, followed by China’s Coco Play in 2014, and earlier this year the company scooped up Las Vegas-based Sunstorm Games along with its major output of kids gaming properties. And although they’ve been denied by both parties, rumors have recently circulated about TabTale’s pending acquisition of mobile developer Toca Boca. (To be clear, TabTale has not acquired the Swedish company.)

“Israel is a great place to open a startup, but it’s important to branch out,” says Tomer. “Tech efficiency is no problem here in terms of platform and infrastructure. But for creative work, particularly with kids, you need to look outwards, since that’s still new in Israel.”

Thanks to compatible time zones and cultural ideals, TabTale has looked to Eastern Europe, particularly Serbia and Macedonia, in order to find talent. And the company recently acquired Serbia’s Level Bit, which now publishes games for the over-13 set under the Crazy Labs brand.

Having a foot in both the American and Chinese markets is also paying dividends.

“Owning an American studio offers the benefit of making apps that are a good fit for American culture, so the advantage is obvious. And a Chinese studio is offering us an entry into a new-frontier market, so it’s important to have a company on the ground there,” he says. “Acquisitions are the way to grow in the kids business and in the gaming business. In order to stay competitive, you have to move quickly.”

And while consolidation is a rampant theme in the kids space, TabTale believes brand affinity shouldn’t get lost in any shuffle, as the company takes a very multi-channel network-esque approach to the matter.

“Kids Games Club has its own place in the App Store because the audience knows them and there’s no reason to change that. There are different styles and audiences, and we want to buy companies that have their own style and quality that differs from what we offer,” he says.

In terms of content, Tomer argues that quality and quantity are essential when it comes to kids. Between TabTale and its subsidiaries, a new mobile game is launched every week.

“The secret to our success is the ability to launch apps so easily. Our proprietary tech lets us launch something new without developing each time from scratch,” Tomer says. “We started at the right time [in 2010], and since then we’ve built an audience that is loyal to us.”

He adds that the release of a new app every week also acts as a commitment to a young audience.

“It’s not just a business decision. Kids expect it. Every time we launch a new app, we display it with our other apps, so the number of downloads is huge. They are numbers you don’t see: more than a million downloads per week across our network.”

The company’s most successful franchise is My Emma, a Tamagotchi-like game that follows the titular character as she grows up, which has been downloaded more than 10 million times across nine branded apps. Another TabTale brand, Cutie Patootie, is now being featured in company-made YouTube videos in an effort to give fans more depth, although Tomer contends that developing the brand as a TV series isn’t within the company’s purview at the moment.

What is top of mind is TabTale’s girl-skewing audience, which Tomer believes contributes to strong download rates.

“Girls have dollhouse with many toys, and we are duplicating this in the mobile world. Think of our games as collectibles, but as apps,” he says. “About 75% of our audience is female. Girls are a main focus, but they’re not our only focus. Mobile is not like console games – look at Candy Crush, which is really focused on females. The iPhone and iPad make it an equal playing field.”

Also sharing a common ground are TabTale and Disney – which Tomer views as his company’s largest children’s mobile competitor. “In terms of number of downloads, we have passed them. But it’s still Disney,” he concedes.