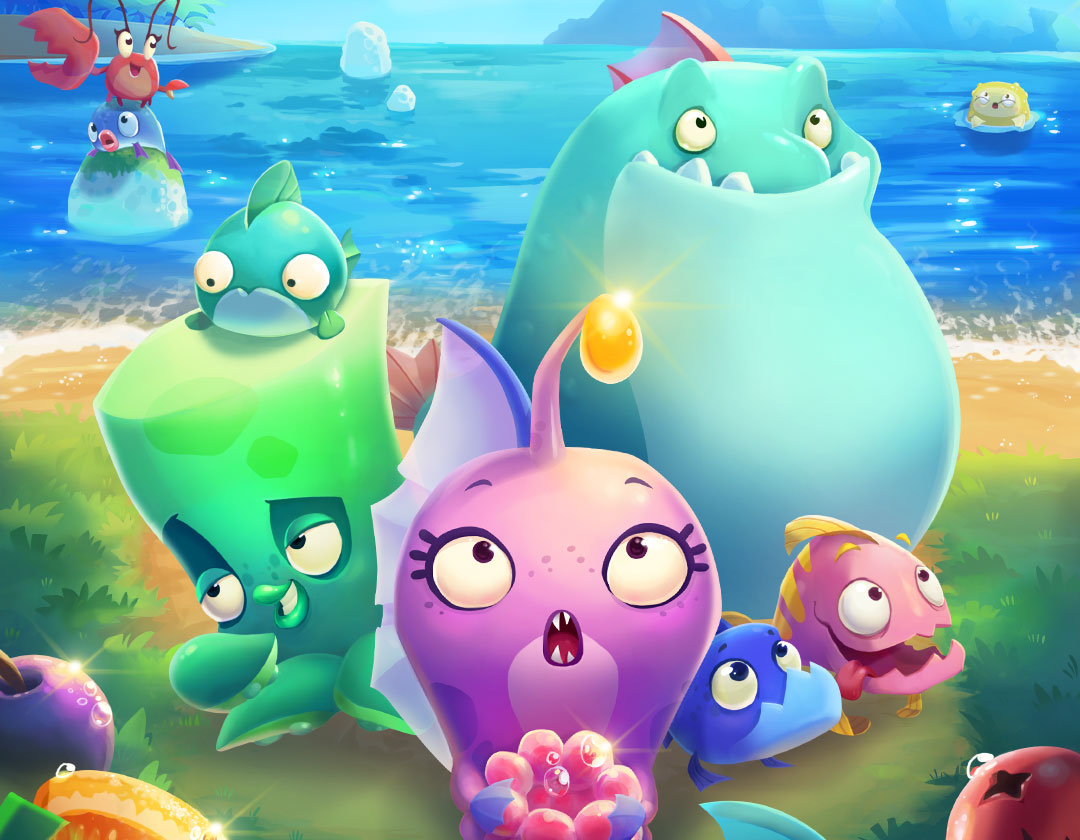 The sky hasn't exactly been the limit for Angry Birds developer Rovio, which recently restructured to put the focus back on mobile. With that strategy in place, the Finnish studio is making a global push for its new matching game, Nibblers .

The sky hasn’t exactly been the limit for Angry Birds developer Rovio, which recently announced layoffs of more than 250 employees and a company restructuring that puts the focus back on gaming properties. With that strategy in place, the Finnish entertainment company is making a global push for its new matching gaming, Nibblers, which revolves around a daring group of fish living out of water.

The puzzle game sees the fish venturing to explore the Lands Above and partake in its forbidden fruits (all the while matching oranges, plums, bananas and rosehips in rows of three or more). Characters like Coral, Octo and Bouncer use their special abilities to knock out obstacles, fend off the hungry lizards and help players advance through more than 200 levels.

The app also has Facebook compatibility, allowing players to challenge their friends in the leaderboards or cooperate by sharing special gifts that help each other survive the game.

While focusing on the sea below rather than the sky above, Rovio says the property shares many ties with the popular Angry Birds franchise, such as the use of strong characters, graphic visuals and a lush soundtrack. And the new app represents the company’s vocalized plans to introduce new IP in order to stay relevant as Angry Birds fever cools down. Despite a 9% drop in full-year revenues (to US$180 million) in 2014, Rovio’s games and media businesses revenue grew by 16% and 19% to US$125.9 million and US$7 million, respectively.