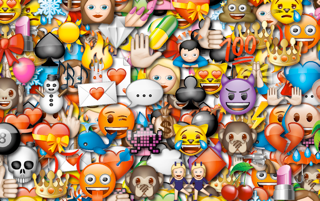 Canada gears up for Emoji goods

The emoji have a lot to smile about these with a Canadian consumer products push in the works, courtesy of Studio Licensing.

The emotion-based icons bred from the world of social media are now poised to star in a line of consumer products across Canada following Studio Licensing’s acquisition of emoji merch rights from Germany’s emoji Company and Bavaria Media. (The former is the brand licensor while Bavaria is the global agent for emoji.)

Studio Licensing, which was Nickelodeon’s exclusive licensing agent in Canada until 2011, has obtained both broad trademark rights and a large portfolio of emoji icons for commercial use. The rights are are for Canada across all categories including toddler bedding, confectionery and consumer packaged goods. Most products will target school-age boys and girls, and the first product rollout is expected in 2016.

“I went after this brand because it is so topical in our day to day of social expression, and it does not fall into the highly competitive world of TV or movie-based licensing,” says Studio Licensing president Robert Miller, who recently relaunched his agency with a new set of services that include brand and licensed-property representation, licensed manufacturer consultation and retail development.