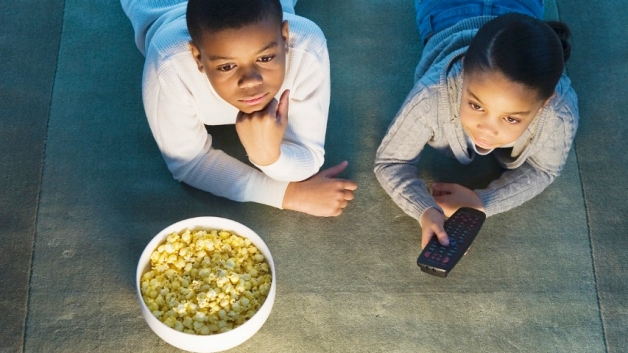 Nielsen: Time-shifting, tablets and their transformation of TV

Nielsen findings re-affirm traditional TV as the favored platform for kids, but that doesn't necessarily mean that viewing habits haven't changed as time-shifted content and tablet proliferation continue to make marks on the small screen.

That doesn’t necessarily mean that viewing habits – and preferences – have remained unchanged in the past three years. In fact, time-shifted viewing and tablet proliferation are making significant marks on the way TV content is being consumed.

Kids’ Audience Behavior Across Platforms, which explores media consumption among children across TV, computer and mobile devices, finds that the amount of time spent viewing TV has decreased slightly for teens since 2011, as has the simultaneous usage of TV and computers.

In terms of what is being watched, kids age two to 11 are all gravitating toward children’s weekly programming. By the time they reach their tween years, kids are equally interested in drama series, which eventually overtake children’s programming preferences by age 14 (88% cite drama as their favorite genre compared to 75% in the kids show category).

In fact, the study finds that overall media content consumption patterns start to see changes at around age eight – a time when children expand their interests, are more likely to own the devices on which they consume media and become independent enough to seek out content without parental guidance. (Earlier this month, PwC’s pinned a digital marketing sweet-spot on 12-year-olds, citing this group as being the most receptive to messaging across all media types.) By age eight, kids’ interests are also shaped by their school friends, leading many to sign up to play on gaming websites that introduce them to social networking. A typical day includes using the internet for almost half of kids aged six to 11, compared with one-fifth of those under five.

This behavior continues to be mirrored in the interactive space. For example, under-10′s are interested in websites that cater to entertainment and platforms for online games. However, just as with TV viewing, at around age eight kids start to play fewer games and begin to watch more videos. Social networking incidence appears to decrease between ages 11 to 13 and 14 to 17, which is when kids may begin to use mobile devices with apps that are easier to access while on-the-go.

The findings also point to the ongoing trend of older kids gravitating toward smartphones over tablets. Kids’ use of tablets peaks at 69% around age 10, and this decreases to 57% between ages 11 and 13. A full 70% of respondents ages 12 to 13, and 80% of respondents 14 to 17, indicate that they use a smartphone if one is available in the household.

Meanwhile, in sharp contrast, only 50% of teens aged 12 to 17 are regularly using a tablet. Tablets are undoubtedly making their way into US homes in large numbers, but these Nielsen findings are shedding more insight into who may actually be getting their hands on the devices.