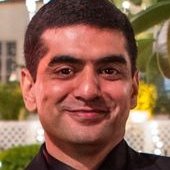 In his new role, he will look to consolidate the company’s presence in the region by bolstering its organizational capabilities and partnerships. He will also steer telecom operator relations for South East Asia and focus on growing Rovio’s market base.

Both appointments come on the heels of the Finnish gamemaker’s July 30 launch of Angry Birds 2, which has since amassed more than 30 million downloads.