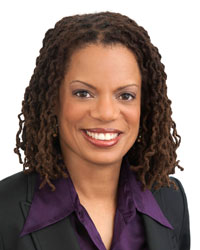 Sesame Workshop has dipped into the pool of ex-Nickelodeon executives again for its most recent appointment. Kay Wilson Stallings joins the nonprofit as its new SVP of content development.

On the heels of the appointment of Nickelodeon alum Tanya Haider last week, Sesame Workshop is adding another former Nick exec to its ranks. Preschool TV veteran Kay Wilson Stallings joins the Workshop as SVP of content development and will oversee pilot production of all original content, globally.

In addition, Wilson Stallings is tasked with exploring new production models and partnerships to develop new programs, processes and talent for the creative group at Sesame Workshop.

Most recently SVP of production and development for Nickelodeon Preschool, Wilson Stallings served 16 years at the Viacom-owned network. During her tenure, she was responsible for the development of 20 series, including hits like Wonder Pets!, Wow! Wow! Wubbzy!, Yo Gabba Gabba!, Peter Rabbit, Blaze and the Monster Machines and Wallykazam. In March, she was part of  lay-offs conducted by Viacom to overhaul its structure and help the company save upwards of US$250 million a year.

At the Workshop, Wilson Stallings will report to Brown Johnson, tapped by Workshop CEO Jeffrey Dunn to take the role of EVP and creative director in April. Dunn spent more than a decade at Nickelodeon (1993-2006), and Wilson Stalling’s appointment marks the fourth significant executive hire from the ranks of the global kidsnet.