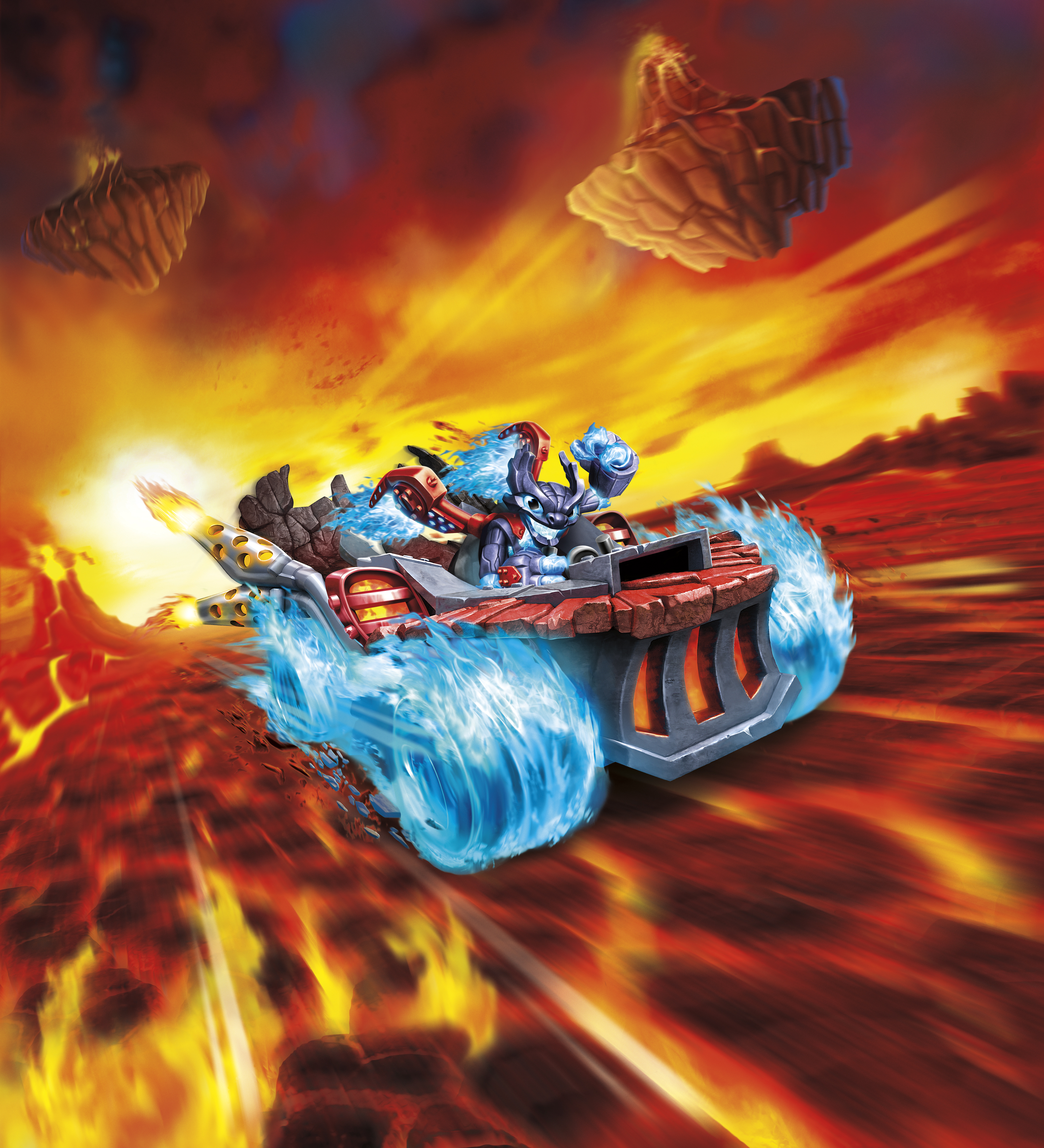 Skylanders has fifth game – and big retail plans – on the horizon

Skylanders publisher Activision is once again looking to redefine the toys-to-life category it so famously created back in 2011, as the company gears up to launch the franchise's fifth gaming installment next month.

Approaching the half-decade marker with Skylanders, Activision is once again looking to redefine the toys-to-life category it so famously created back in 2011. Now with 75% market share—or roughly US$3 billion of the US$4 billion in category sales—the Santa, Monica, California-based video game publisher is gearing up to launch the franchise’s fifth iteration on September 20 for kids ages six and up.

Bringing vehicles to life is the defining feature of Skylanders SuperChargers (US$74.99), which will introduce fans to 20 new interchangeable character and car-like figures. The new title is also compatible with all 300+ characters from previous editions. Two new fully functional RC cars with working headlights from NKOK will accompany the game’s release, and new Kaos costumes will be available for Halloween from Rubies. But as Skylanders has grown and evolved over the years, so too has its overall licensing strategy, says Ashley Maidy, Activision Publishing head of global licensing and partnerships.

Licenses in categories like apparel, for example, will always be able to take advantage of the new title releases, Maidy says, but the recent shift to a 365-day licensing program allows the bulk of licensees to create timeless products, as opposed to title-specific ones. “This alleviates production and retail planogram challenges that are associated with changing branding each year,” she explains.

So far, the driving force behind Activision’s continued success with Skylanders—both digitally and physically—stems from the company’s commitment to fans and retailers that it will consistently innovate its product. Case in point: this year’s vehicles-to-life title. Maidy says Activision has an ongoing 360-degree relationship with retailers, who believe in the brand’s innovation and leverage it to drive daily, weekly and monthly traffic into their stores.

As is often the case, licensed Skylanders merch is placed in the electronics aisle right next to the game. There are also typically many different Skylanders touch points and secondary locations throughout a single retail outlet. “We also work with retailers to create true destinations in-store with breakthrough signage and interactive displays meant both to educate and entertain consumers,” Maidy adds.

With the likes of Disney’s Infinity, Nintendo’s Amiibo, Lego’s Dimensions and Spin Master’s Sick Bricks nipping at its heels in the toys-to-life category, Activision isn’t just sitting back on its lead. Instead, it’s constantly looking for ways to stay one step ahead of the competition, and expanding its licensing footprint is a key piece of that equation.

At the moment, Activision is looking to add licenses in health & beauty, confections, ancillary toys, novelty and outdoor categories in the US. In addition, new and expanding licensing partners for 2015 include Party City, Fathead, NKOK and Punch Bowl.

“The highly anticipated next installment of the franchise is infusing a great deal of energy and excitement around the merchandising program, and the retail programs that are being created are some of the biggest to date,” Maidy says.