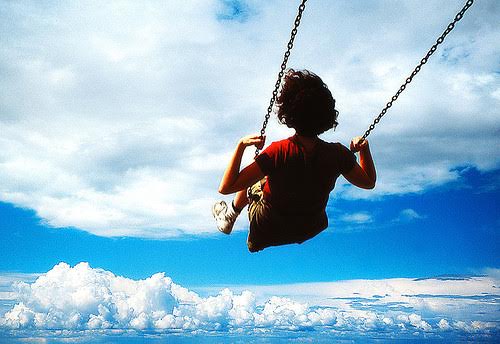 Kids will be kids. It’s the world that’s different

What do we do with the knowledge that life is moving faster than we are? Is hiring a 20-something the only way we can avoid becoming Luddites? These are questions that Out of the Sandbox blogger Wendy Smolen asks herself as she watches kids develop within a quickly changing digital world.

I’m fascinated by the new Microsoft Windows 10 commercial. Focused on adorable kids from all over the world, rather than specific features, it opens with the words: “Imagine: these kids won’t have to remember passwords or obsess about security.”

Admittedly, they’re addressing past Windows issues, and yes, they want to sell the new system. As a diehard Mac user, I’m not even their customer. Yet the ad touched me.

Being in the kids business, our goals are creating new ways to engage kids, and new products that push the limits of technology. Projecting the lives of toddlers into the future brings home the speed with which our world is changing. My mother can still remember a time without TV. I barely remember black and white. My kids don’t recall life without remotes. And they think not having a cell phone was probably because they were “too young.” Digital natives are last year’s news. Generations now change every few years. The next GenX, Y, Z and beyonds will think and act in ways we can’t even conceive. The Internet of Things is their thing. I’d venture to guess that some of you aren’t even sure what that means.

Several years ago, Stacey Matthias of Insight Research Group presented a workshop at Sandbox Summit illustrating how a child’s development plays out when interacting with products. The developmental stages are still valid. Even kids that grow up too quickly, are still kids developmentally. A two-year-old, for example, can’t think or manipulate like a 10-year-old. However, that same two-year-old can and will be exposed to new ways of seeing and doing things that will become part of his everyday life. That’s where the fun comes in. Our jobs now inspire—or require—us to think in three dimensions, on multlplatforms, and in new venues. Sports, clothing, travel and art are all open playgrounds.

I recently saw The Return created by Reid Farrington at the Metropolitan Museum of Art. The backstory: Adam, a High Renaissance sculpture by Tullio Lombardo that was in the MET, fell and broke into 28 pieces. It took 12 years to repair. The Return combines storytelling, live acting, interactive technology, 3D scans and art history to bring the sculpture and its reconstruction to today’s museum goers (as well as streaming it live to those who can’t make it to the museum.) It’s a perfect example of reimagining the way the next generation will engage in such simple activities as looking at art.

The New York Hall of Science also re-envisioned museum going with its Connected Worlds exhibit. As visitors wander through six interconnected ecosystems, they need to strategize ways to keep the systems in balance. Their actions — gestures, movements, decisions — have both short and long-term effects on the digital environments. Fast Company described it as a “cutting edge installation,” and said the key to the immersion was the “blending of analog and digital interactivity.”

So where do we go with this knowledge that life is moving faster than we are? Is hiring a 20-something the only way we can avoid becoming Luddites? Yes. And No. We do what we’ve always done, albeit maybe on steroids now. Open our eyes. Keep learning. Daydream. Experiment. Meet new people (hello, Sandbox West). And, as the Microsoft commercial said, think as though ” every screen is meant to be touched.”

Check out the agenda at Sandbox West in L.A. for the next ideas and inspiration on toggling between real and digital worlds.
As always, email me at wendy@playsciencelab.com