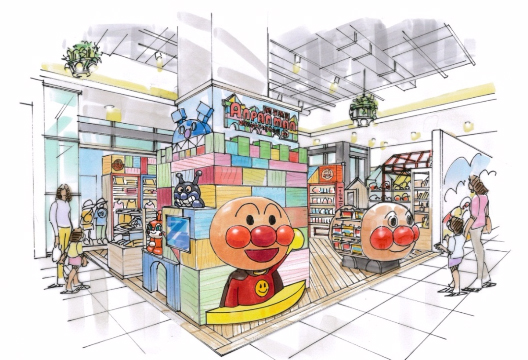 For the first time, products based on the US$1-billion Japanese preschool franchise Anpanman will be available to consumers outside of Japan when flagship store Anpanman Official Shop Taipei opens in Taiwan this September.

For the first time, products based on iconic Japanese preschool franchise Anpanman will be available to consumers outside of Japan when flagship store Anpanman Official Shop Taipei opens in Taiwan this September.

Japanese children’s book publisher Froebel-Kan, Nippon TV and Japanese animation studio TMS Entertainment are the companies behind the new market expansion for the brand, which has been hugely successful in Japan since the first Anpanman children’s picture book by the late author Takashi Yanase was published in 1973. The food safety-themed series follows the adventures of the titular character, a superhero with a head made of bread, or anpan, that is filled with red bean paste. His mission is to protect the weak against the evil Baikinman, aka Bacteria Man.

The franchise’s flagship store in Taiwan will be operated by Bandai Namco Taiwan and will officially open on September 10 at Shin Kong Mitsukoshi department store. It will feature original products available exclusively in Taipei, as well as popular Anpanman goods available in Japan.

In addition, a Taiwanese official Anpanman website will launch on July 30, 2015 at www.anpanman.tw.

To date, more than 50 million copies of Anpanman books have been sold in Japan, and the franchise’s total market worth currently stands at US$1 billion.

Nippon TV gave the property more exposure when it aired the first Anpanman anime series in 1988, after which time more than 1,000 episodes were produced. Television viewers in Taiwan were first introduced to Anpanman - known locally as Mien Bao Chao Ren - in 2000.