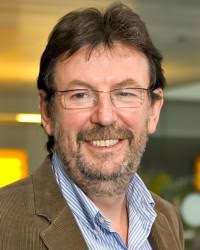 With an eye on kids TV, Nevision adds Nigel Pickard to board

The London-based company specializes in TV drama and non-scripted programming, but it is also currently co-producing preschool series Floogals with Zodiak Kids-owned The Foundation for Sprout as it looks to ramp up its children’s content slate.

As a board member, Pickard will be working with the Nevision founding team, which includes CEO James Cabourne, as well as industry executives Neil Zeiger, Keith Evans and Tim Buxton.

Pickard, who is also president of new online distribution platform TRX, joined Dial Square 86 last November following his departure from Zodiak and The Foundation earlier in 2014.

Prior to Zodiak, he held senior broadcasting positions within the UK industry as director of programmes at ITV and controller of Children’s at the BBC. His career credits also include roles in production as a film editor, director and producer.