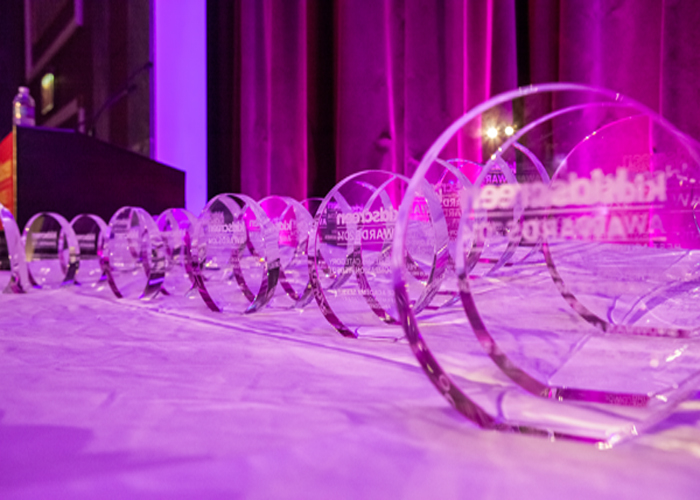 With a whole new set of categories designed to honor the market's best digital media content, products and platforms for kids, the seventh-annual Kidscreen Awards is now accepting entries in Broadcasting, Programming and Digital categories.

With a whole new set of categories designed to honor the market’s best digital media content, products and platforms for kids, the seventh-annual Kidscreen Awards is now accepting entries in Broadcasting, Programming and Digital categories.

Submissions for the Kidscreen Awards will be accepted until September 18, and winners will be announced at an evening ceremony as part of Kidscreen Summit 2016, taking place in Miami from February 8 to 11.

The following Digital categories for Preschool (0 to 5) and Kids (6 and up), which were previously presented separately as iKids Awards, will be incorporated into the Kidscreen Awards program for the first time this year:

New to the Broadcasting categories is a prize for the year’s best programming block:

Meanwhile, the Programming category lineup remains the same, so television shows targeting Preschoolers (0 to 5), Kids (6 to 10) and Tweens/Teens (11 to 17) will be competing for the following awards:

For all categories, the entry fee is US$300 until August 14, and US $400 after that date. All registered Kidscreen Summit delegates will be invited to attend the ceremony and cocktail party as part of their event experience. Other guests can sign up to attend just the Kidscreen Awards event for US$150, beginning in January.