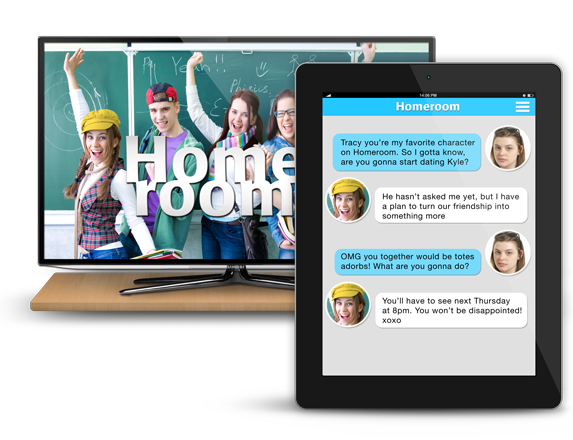 Mind-controlling technology, 3D printing and robotics are some of the big ideas emerging from the 10 tech-based companies named to the 2015 Disney Accelerator program, which offers three months of mentorship and up to US$120,000 in capital investment.

Mind-controlling technology, 3D printing and robotics are some of the big ideas emerging from the 10 tech-based companies named to the 2015 Disney Accelerator program, which offers three months of mentorship and up to US$120,000 in capital investment.

The program, now in its second year and powered by US-based accelerator Techstars, pairs startups with Disney executives, including Chairman and CEO Robert Iger, leaders from Pixar, Marvel, Lucasfilm, ESPN and Walt Disney Imagineering. Mentors will also include other entertainment industry leaders, venture capitalists, and Techstars’ network of entrepreneurs, investors and executives.

This year’s finalists include:

imperson, (pictured), an artificial intelligence platform enabling fans to have conversations with their favorite movie and TV characters.

FEM Inc., which has developed a personalized video engagement platform based on neuroscience and psychology that maps the emotional dimensions of how and why content resonates.

Decisive, a “software as a service” platform that uses real-time data to let advertisers optimize mobile ad creative and targeting based on user engagement.

HYP3R, which enables businesses and brands to identify customers at their locations and engage them in real time.

MakieLab, a customizable 3D-printer of  toys that are powered by creative games and apps.

Pundit, which allows creators to host audio Ask Me Anything sessions with their Twitter network.

The program will run from now through October 6,  concluding with a Demo Day presentation event.

Last year’s crop of Disney Accelerator finalists have all either raised capital, been acquired or have become profitable since the end of the program. And not surprisingly, many of the companies have launched products and programs in conjunction with Disney.

ChoreMonster, for one, launched a Disney Pixar’s Inside Out takeover of its app that unlocks characters from the film, while Naritiv’s Snapchat campaign for ABC Family’s Pretty Little Liars has garnered more than 1.3 million followers on Snapchat. Robotics company Sphero is currently building an official toy based on the BB-8 droid used in the upcoming Star Wars: The Force Awakens that will be available later this year, and app creator TYFFON released the Show Your Disney Side app for Disney Parks and Resorts.