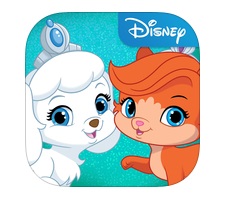 Disney Publishing is expanding the digital presence of the House of Mouse's popular Palace Pets franchise with the launch of the Palace Pets in Whisker Haven iOS app.

Disney Publishing is expanding the digital presence of the House of Mouse’s popular Palace Pets franchise with the launch of its second app.

Palace Pets in Whisker Haven is now available for free on the Apple App Store, for tablets and smartphones.

The app builds on the success of the first Disney Princess Palace Pets app, which introduced fans to the world of the Palace Pets and has since garnered over 10 million downloads worldwide.

Designed to extend kids’ experiences with the Palace Pets to Whisker Haven, the new mobile game features six of the characters from the franchise: Ariel’s and Aurora’s kittens, Cinderalla’s puppy, Belle’s pony, Jasmine’s tiger and Snow White’s bunny. Kids groom, nurture and play with the animals in interactive games and for taking care of the pets, they receive happiness hearts and gifts which can be used in higher levels.

Geared at kids ages five and under, the new app also features video content in the form of Whisker Haven ‘short show’ animated clips of the pets. The video clips are part of a new animated short-form series, Whisker Haven Tales with the Palace Pets, which is also available on the WATCH Disney Junior app and on Disney Junior.

The inaugural Palace Pets iOS app launched in June 2013, reaching more than one million downloads in the first seven weeks. The app’s success spawned a consumer products program, which includes a toy line and plush.