The deal makes Federation a key shareholder in Cottonwood Media, and Michel will join Federation as a founding partner and head of kids and family programs and sales.

Michel, who left Zodiak’s Marathon Media animation arm last year to launch Cottonwood, will stay in place as its president and remain a key shareholder in the prodco with co-founders Zoé Carrera and Cécile Lauritano.

Breton formed Federation as a global mini-studio in 2014, after stepping down as CEO of Zodiak production arm Marathon Images the year before. 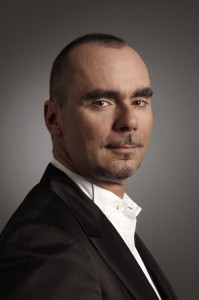 Focused primarily on adult dramas (including Marseille, Netflix’s first original commission in France, and The Bureau for Canal +), Federation is now also open to animation opportunities through its new association with Cottonwood.

Since launching in September, Cottonwood has successfully sold two animated series based on Random House Children’s Books properties—The Ollie & Moon Show (to Sprout in the US) and Squish (to French kidcaster Gulli). The company currently has four more series and a feature film in development.