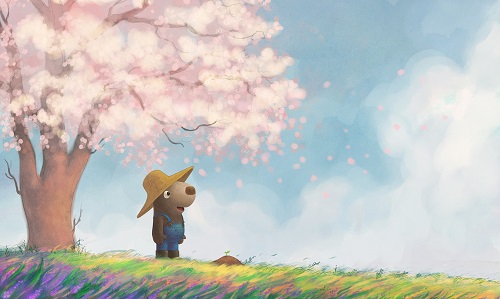 The 26th annual Cartoon Forum, taking place in Toulouse, France from September 15 to 18, is set to present more than 80 TV series projects to potential co-producers, buyers and investors. Whittled down from 150 submissions, the selected projects represent some 540 hours of animation.

France wins the volume race with 30 projects in the final program, followed by the UK and Ireland, with 11 and nine, respectively. And Italy, Spain and Germany will all double the number of projects in the showcase over last year, with seven titles.

New this year, three Korean projects will be presented, including The Mole Farmer, Rabby (pictured) from South Korea’s PniSystem. These projects expand the collaboration established at Cartoon Connection Korea, and were selected by European broadcasters (CBeebies, France Télévisions, YLE Finland, Germany YFE and Canal+ France) that participated in the November 2014 and April 2015 editions of the Cartoon Connection event.

Cartoon Forum’s focus on cross-media continues this year, with 55% of the projects selected having been conceived for TV and at least one other platform, including mobile phones, video games, tablets and the web.

In terms of demographic breakdown, 53% of the Cartoon Forum 2015 projects are aimed at children ages six to 11, with preschool series representing one-third, and the remaining 10% catering to young adults and adults.

A full list of the selected projects can be found here.