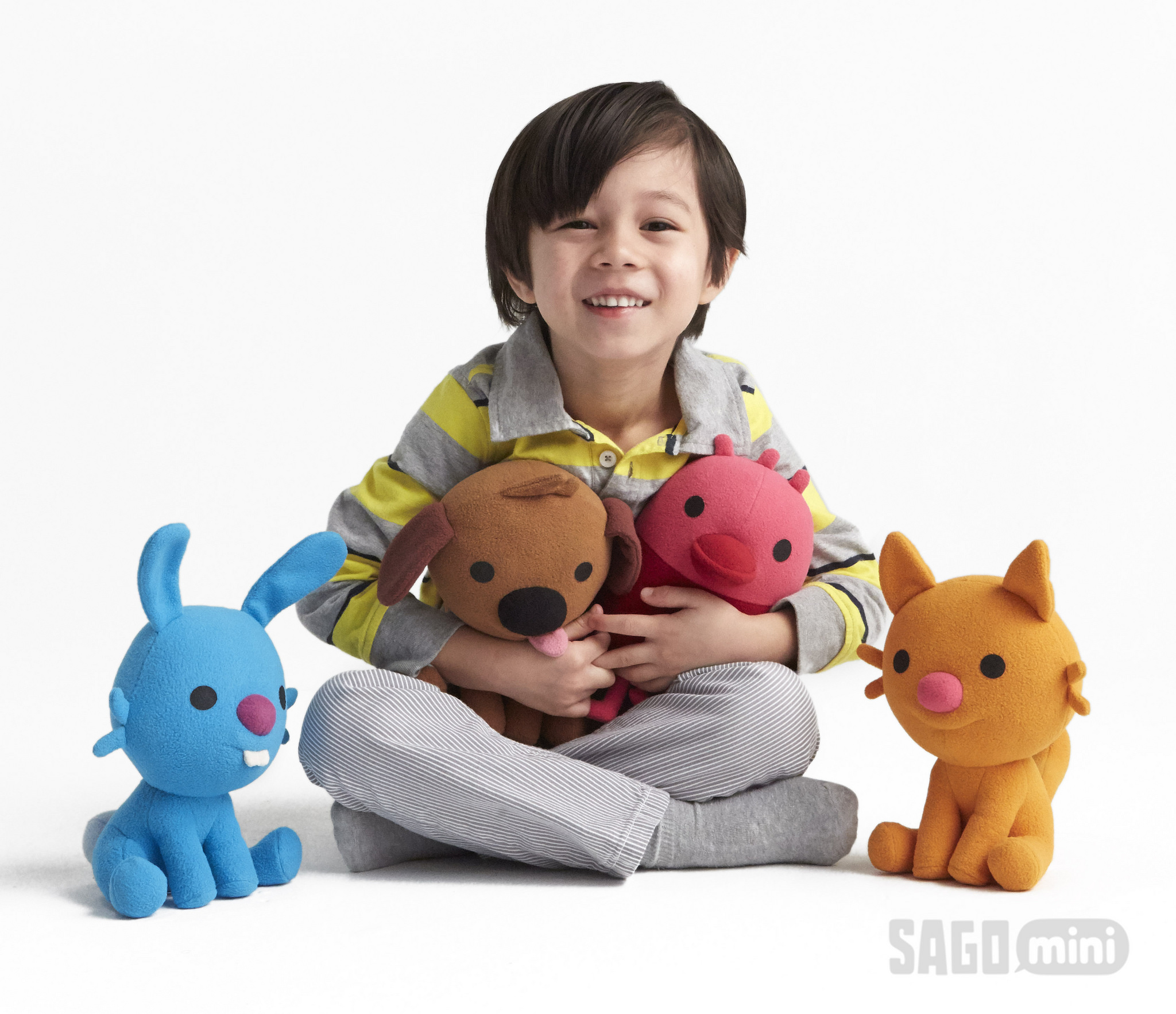 Based in Toronto, the new unit is being headed up by  Samson Lee as head of consumer products and Stephanie Lemoine as design director.

Lee will focus on the business side, having worked previously as a brand manager at Toronto-based toyco Spin Master and Moshi Monsters creator Mind Candy in the UK.

Leading the creative and product development side will be Lemoine, who also comes to Sago Sago from Spin Master, where she held roles including design manager and senior toy designer. Prior to that, she was a product designer at Mega Brands, the Montreal, Canada-based toyco now owned by Mattel.

“We got a lay of the land last year with our plush toys,” says Sago Sago CEO Jason Krogh. “This year we decided to make a bigger commitment, by bringing on Samson and Stephanie to head up a physical goods team.”

Though it’s still early days to talk about specific plans, Krogh says there are a number of projects in the pipeline slated to debut for the 2015 holiday season and through 2016.

“Our goal of the studio has extended beyond what happens on the screen to look at kids’ lives more broadly,” Krogh explains. “We’ve always perceived ourselves as a studio focused around play and children’s lives. Going into other categories makes sense if we really want to speak to that.”

Since the first Sago Sago apps hit the market in 2013, the studio has had more than six million downloads for its roster of 13 mobile offerings. Its Sago Mini preschool apps focus on open-ended play and creating from a kid’s perspective, a design philosophy that Krogh says the company will also bring to its physical products.

“There are lost of opportunities to be creative with physical goods,” says Krogh. “I think there are a lot of products that for better or worse could use a fresh set of eyes. This applies to toys and also housewares and consumer goods in general. We’re going to see if we can bring the Sago Mini perspective to this new category.”

The company is currently in discussions on potential licensing opportunities and partnerships and will be attending Licensing Show in Vegas next month.