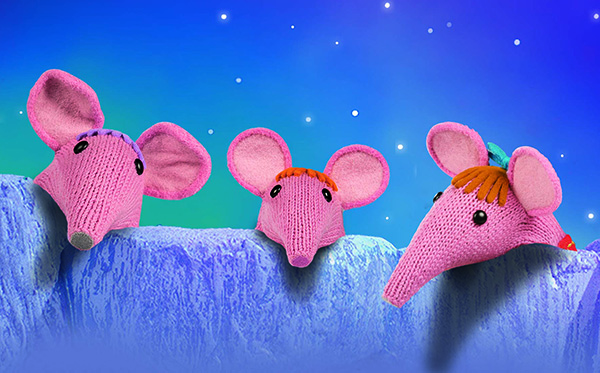 Ahead of its summer launch on CBeebies (UK) and Sprout (US), stop-motion reboot Clangers has a raft of new licensing partners, thanks to brand manager Coolabi Group.

Ahead of its summer launch on CBeebies (UK) and Sprout (US), stop-motion reboot Clangers has a raft of new licensing partners, thanks to brand manager Coolabi Group.

For publishing and digital products, Redan is featuring Clangers in two Fun to Learn magazines and on workbooks, posters and covermounts, while StoryToys is releasing digital gaming and enhanced eBook apps for mobile and tablet devices.

The new products will roll out this summer to retailers in the UK.

The revitalized 52 x 11-minute Clangers series is a BBC, Coolabi Group, Smallfilms and Sprout co-production, with Firmin and Daniel Postgate (the son of original co-creator Oliver) attached as executive producers. It follows the interstellar adventures of a family of pink, long-nosed, inventive and loveable mouse-shaped creatures who live on a small blue planet and communicate with distinctive whistles.

Michael Palin of Monty Python fame is the show’s new narrator, taking over from the late Oliver Postgate.