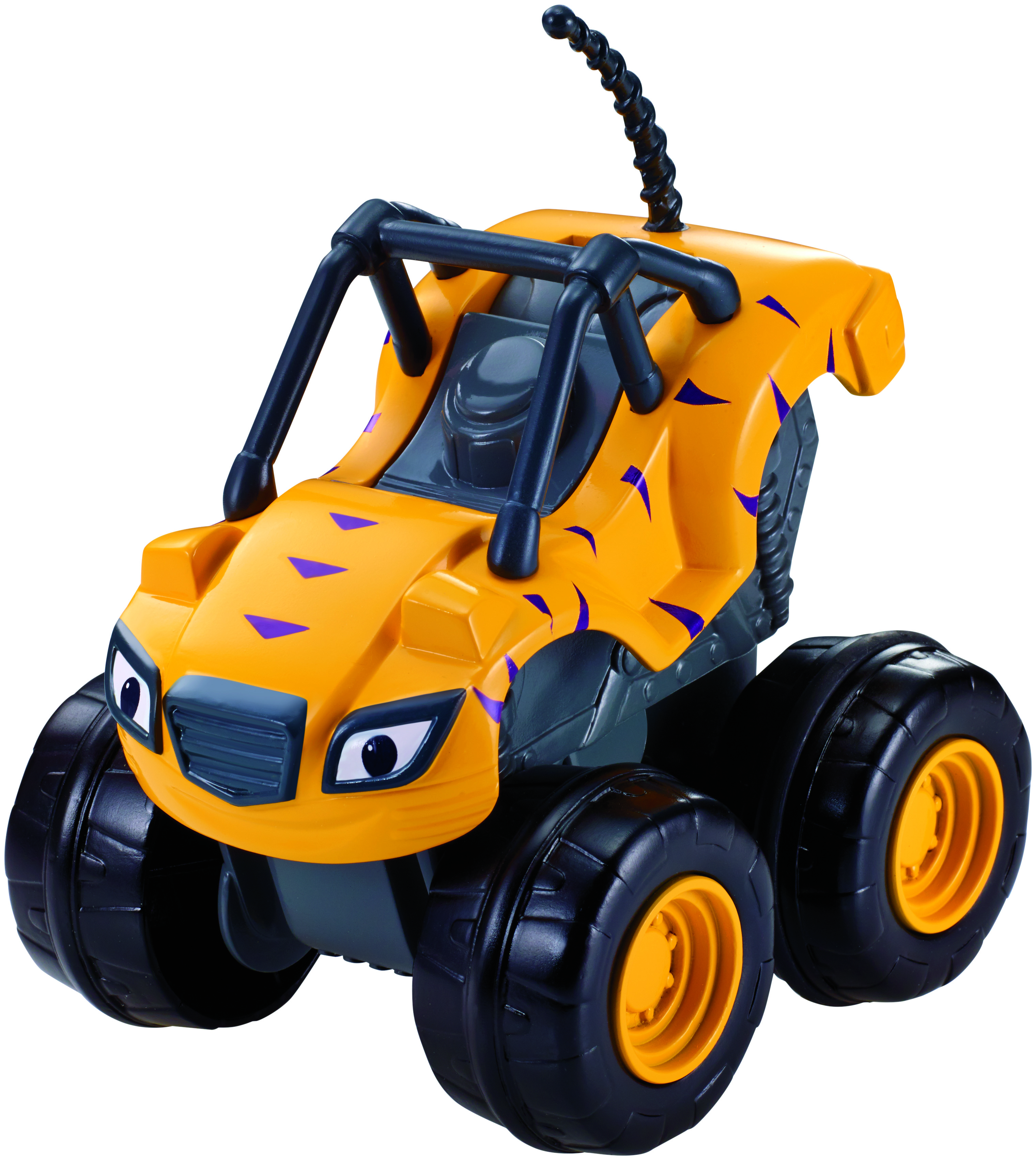 A new line of Fisher-Price Blaze and the Monster Machines toys is now available exclusively through Toys 'R' Us until the end of July.

A new line of Fisher-Price toys based on hit Nickelodeon preschool series Blaze and the Monster Machines is now available exclusively at Toysrus.com and Toys ‘R’ Us stores across the US until the end of July. The toys head to mass retail in August.

Featuring the heroic monster truck Blaze, his eight-year-old driver AJ, and several of the show’s other characters, the toy line for kids three and up consists of plush, a transforming jet and an assortment of monster trucks.

Nickelodeon is also rolling out a range of new Blaze-related content across its TV and digital platforms throughout the month, including a new app, game and TV special.

Created by Jeff Borkin (Team Umizoomi) and Ellen Martin (Bubble Guppies), the 20 x half-hour CGI-animated series, which launched on Nickelodeon in October 2014 and is ranked number one in its 10:30 a.m. timeslot, incorporates STEM concepts, physical humor and upbeat music into each episode.