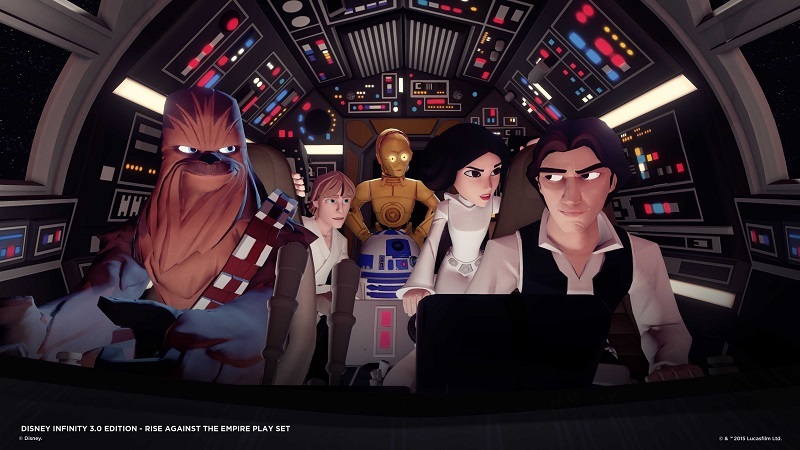 With seven months to go until the premiere of Star Wars: The Force Awakens. Disney Interactive is bringing the Star Wars universe to the third installment of its popular toys-to-life game Disney Infinity.

With seven months to go until the premiere of Star Wars: The Force Awakens, Disney is continuing its roll out of Force-related goods, this time to its interactive gaming segment.

The Star Wars universe is set to board the third installment of Disney Interactive’s popular toys-to-life video game Disney Infinity. Characters from the property will appear in Disney Infinity 3.0, which is set to launch at US retail this fall, for US$64.99.

Version 3.0 marks Disney’s most diverse Infinity offering to date. The original Disney Infinity, which launched in 2013, focused on core Disney properties, such as Pixar films and Disney’s animation and live-action movies. The second installment, released last September, introduced the Marvel realm to the interactive toy-gaming sphere.

Now Disney is bringing the Star Wars universe into play. Developed by Avalanche Software, in partnership with Ninja Theory, Sumo Digital, Studio Gobo and United Front Games, Disney Infinity 3.0 will be available for PlayStation4, PlayStation3, Xbox One, Xbox 360, the Wii U and PC, as well as iOS and Android devices.

Disney is slated to launch three Star Wars plays sets. In addition, there will be a new Inside Out play set and a Marvel play set featuring Iron Man, Ultron and other characters.

The release comes on the heels of Disney’s second quarter report, which saw overall earnings for the House of Mouse increase by 9%.  However, revenue for the  interactive division was down by 12% in the quarter (from US$268 million to US$235 million). The division’s  operating income jumped by 86%  from US$14 million to US$25 million, as it has fewer mobile games in development.