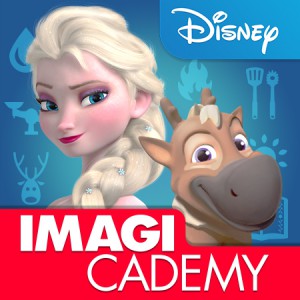 Disney Publishing Worldwide is launching a series of Frozen: Early Science apps for iOS devices, featuring the characters from the 2013 Academy Award-winning movie.

Disney Publishing Worldwide is launching a series of Frozen: Early Science apps for iOS devices, featuring the characters from the 2013 Academy Award-winning movie.

Designed to reward core scientific process skills such as observation, experimentation and deduction, the four apps in the series offer five different experiences. Activities include cooking with Olaf; caring for reindeers alongside Kristoff, Anna and Sven; growing a garden with Anna and Olaf; building ice structures with Elsa; and exploring the Arendelle forest with Olaf and Kristoff.

The apps also connect to the free Disney Imagicademy Parents app, so parents can monitor their child’s activity and accomplishments. The first app in the series is now available in the App Store for US$6.99. The other three will be released by early summer.