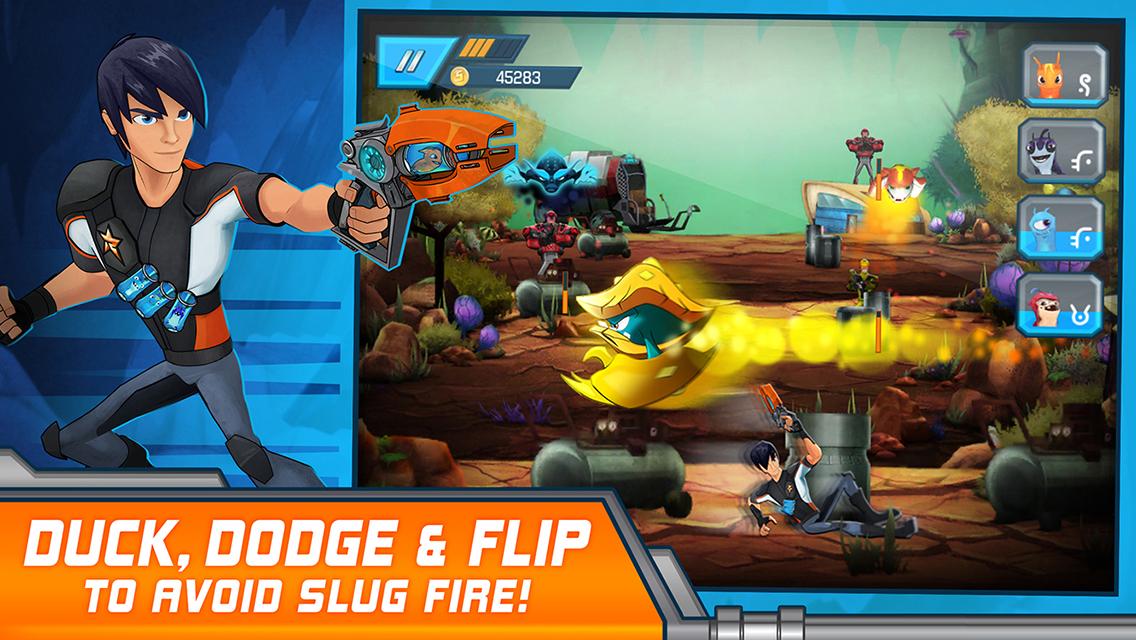 Boy-skewing action property Slugterra is slinging its way into a new mobile game from DHX Media.

Marking the second game for the franchise, Slugterra: Slugslinger Showdown is slated for a May 7 launch on the App Store in 130 countries for iPhone, iPad and iPod Touch.

The free action-centric game will see players dodging and blasting slugs to defeat Dr. Blakk’s minions and save Slugterra. New caverns are unlocked through a story mode, as player collect gear to customize their blasters.

The franchise’s first mobile game, Slugterra: Slug it Out!, launched in December 2012 and has hit top spots in the App Store in 23 countries.

DHX Television, meanwhile, recently greenlit a fourth season of corresponding TV series Slugterra. Its third season is currently in production and slated to launch this summer.

Slugterra was created by Vancouver-based animation studio Nerd Corps Entertainment, which was acquired by DHX Media in December.