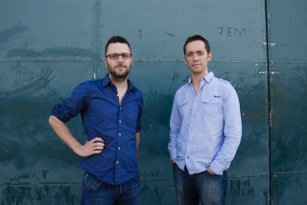 Best-known for their script work on acclaimed series Peter Rabbit,  Octonauts, BBC’s Danger Mouse (coming this fall) and ITV Studios’ new Thunderbirds Are Go, the first title in the upcoming series, Defenders of the Realm, marks Huckerby’s and Ostler’s debut as novelists.

The debut novel follows the journey of Prince Alfie, who is heir to the throne in the 21st century and described by the authors as a “very British superhero.” It is slated to launch in spring 2016, followed by a sequel in 2017.

The duo also has horror feature film, Howl, currently in post-production. It is expected to be released later this year.