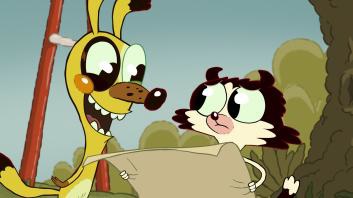 Slated to air as part of the Canadian animation net’s 2016/2017 schedule, the offbeat comedy for kids six to 11 is based on the picture book Bagel’s Lucky Hat by Dave Cooper, and it stars brother-and-sister duo Bagel the dog and Becky the cat.

In a deal brokered by London-based Serious Lunch, BBC Worldwide has acquired all-media rights to the 52 x 11-minute series in every territory other than Canada.