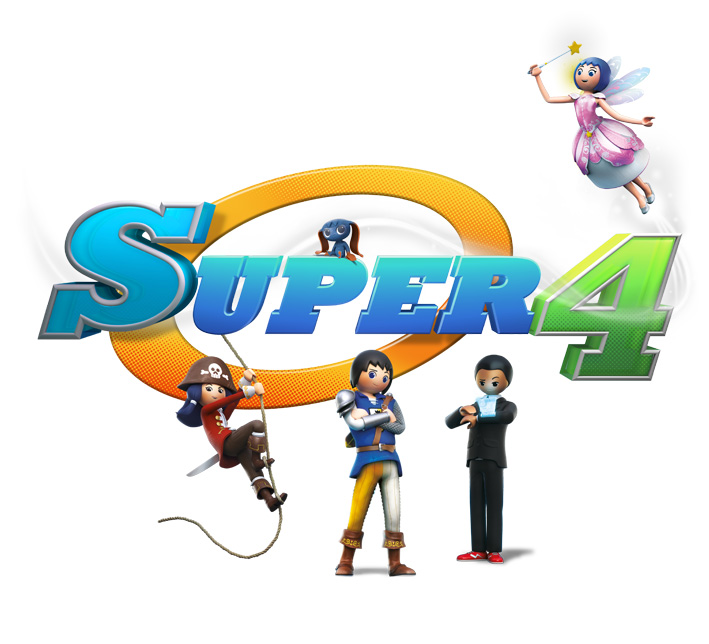 Commissioned by France Télévisions and produced by Method Animation and morgen studios, Super 4 (52 x 12 minutes) is an action-adventures series for kids five to nine inspired by the 40-year-old Playmobil brand. It tags along as Ruby the Pirate, Alex the Knight, Twinkle the Fairy and Agent Gene seek adventure on extraordinary islands in a multi-transformable vehicle.

Master toy partner Playmobil (naturally) plans to launch a line of figures and play sets based on the series this September. And in the meantime, Planeta Junior and Nottingham Forest are developing a lifestyle licensing program for the IP that gives its strong nostalgic appeal a modern touch.